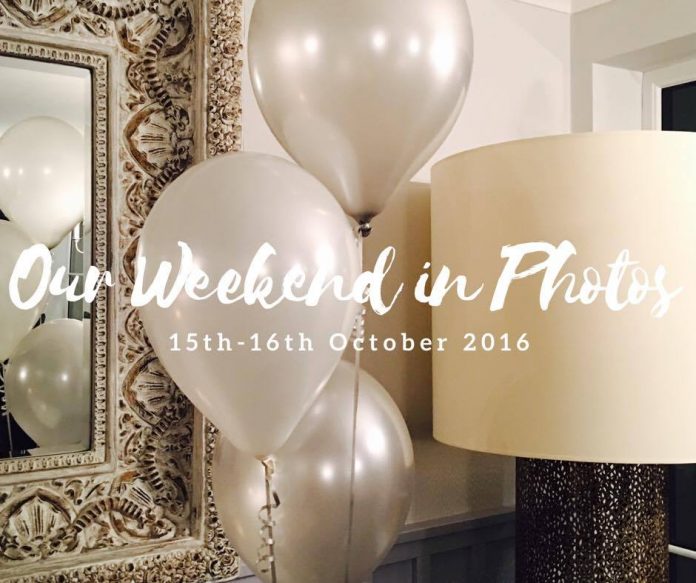 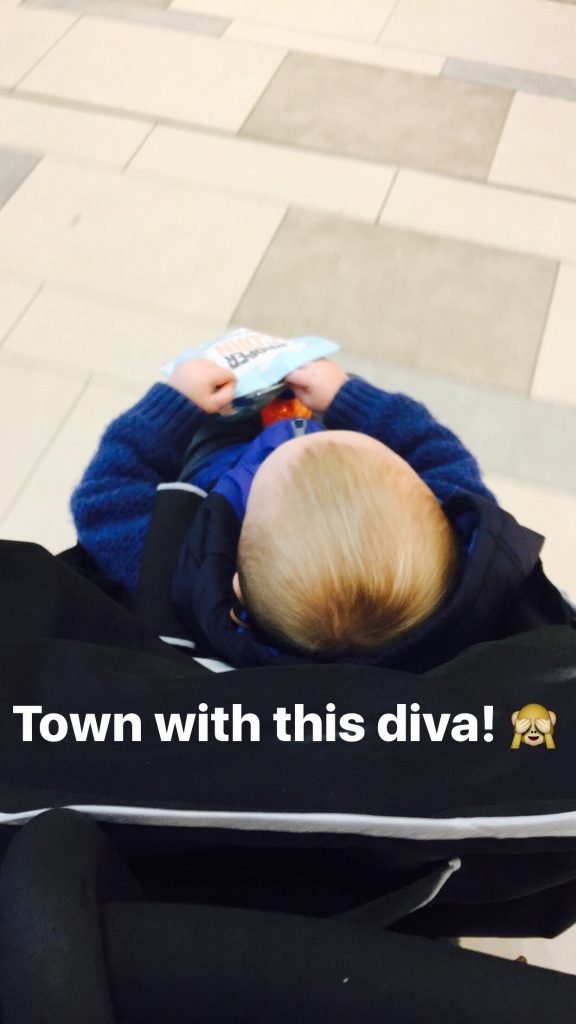 Mummy then spent the afternoon at Pittodrie watching Aberdeen beat Ross County 4-0 whist the boys chilled out at home. Sitting in the cold, wind and rain is always worth it when Aberdeen win! 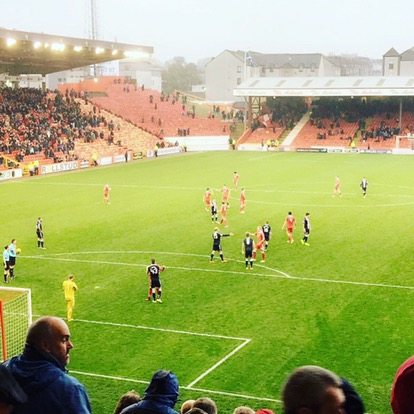 Then after a quick dinner we then headed to The Park Cafe at Hazlehead to attend a friends engagement party. We had never been to The Park Cafe for a party before but it was a lovely set up and perfect for such an occasion. S had a ball going around speaking to everyone and dancing with the ladies. Plus he looked super cute in his new shirt! 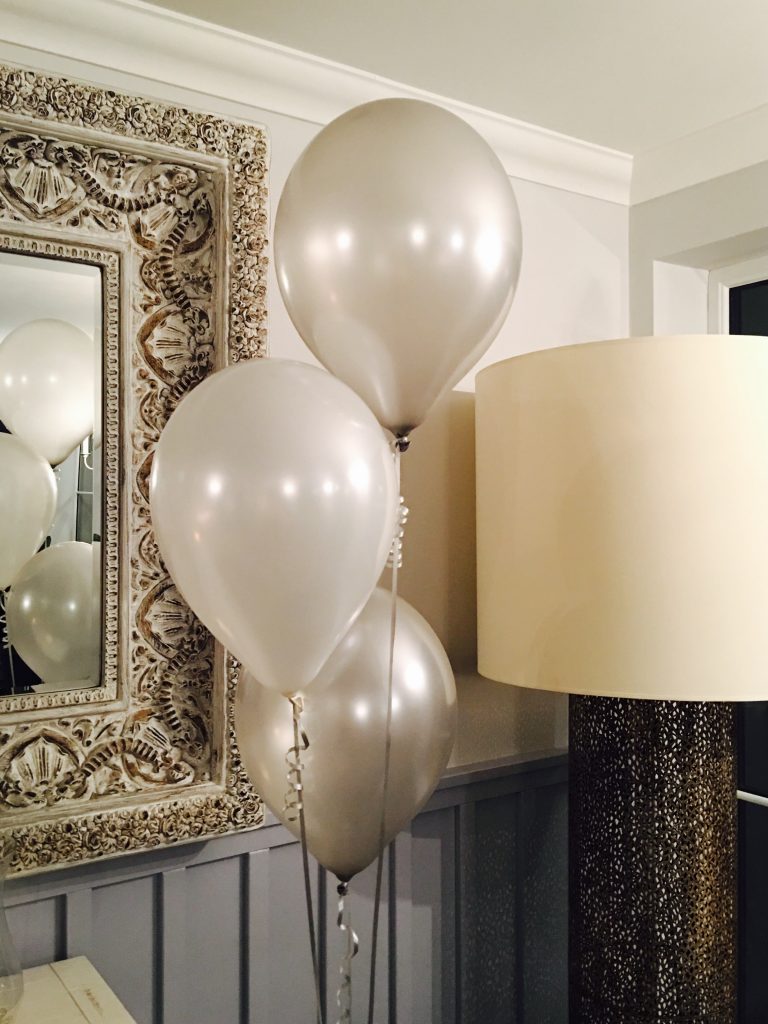 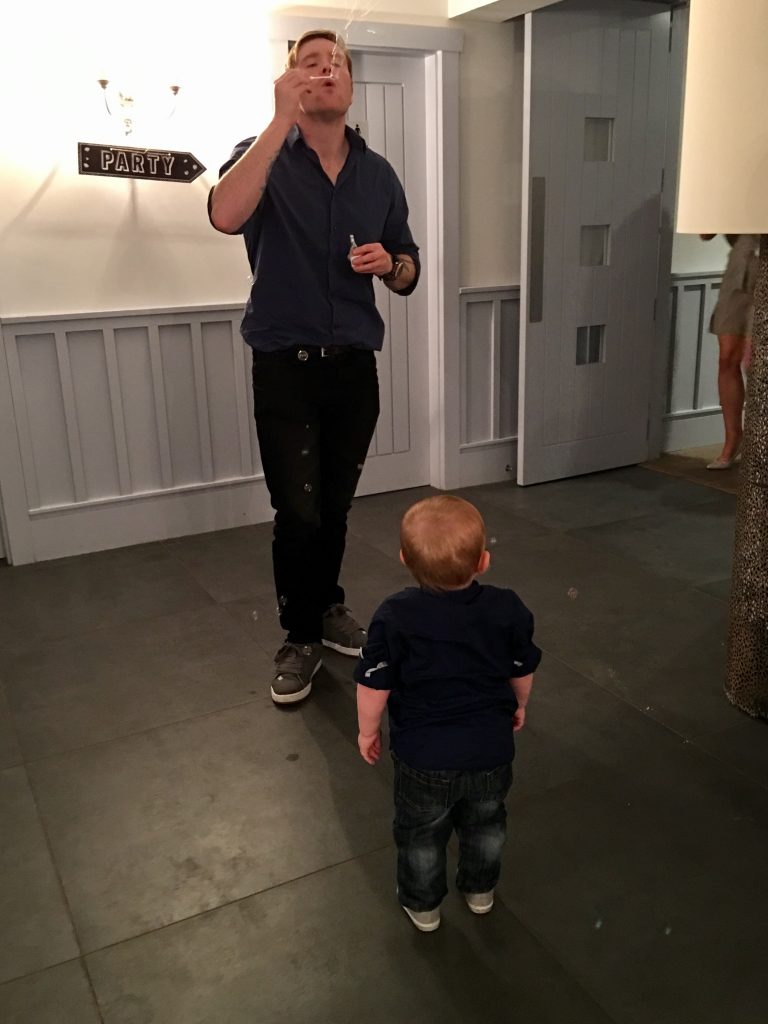 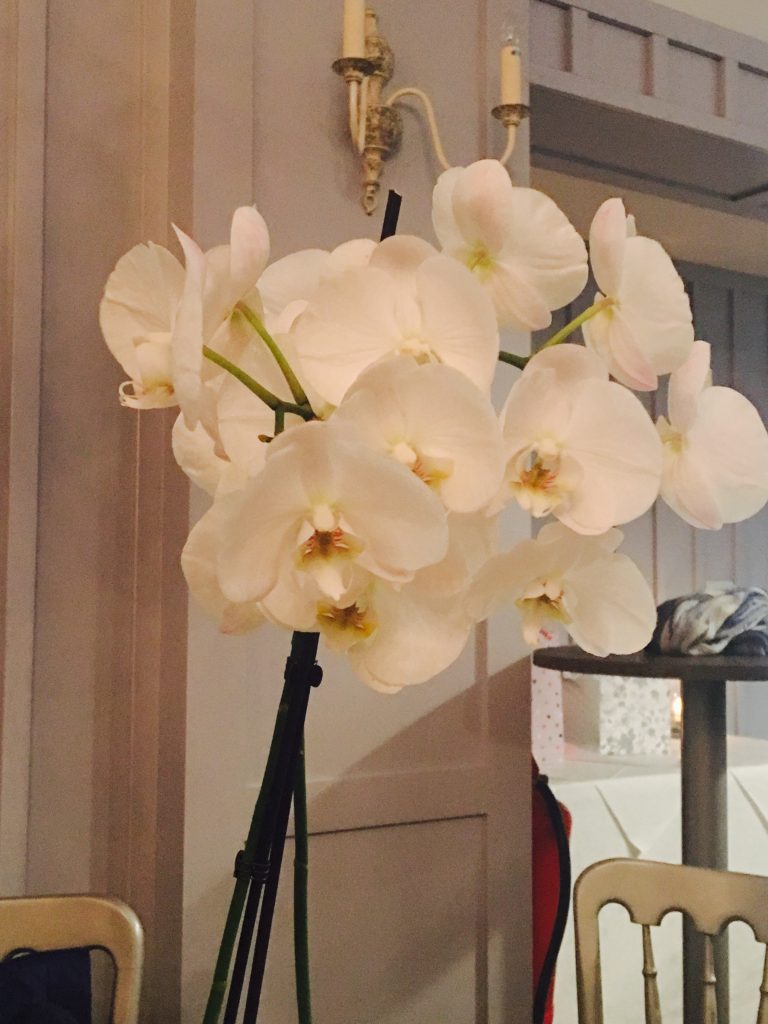 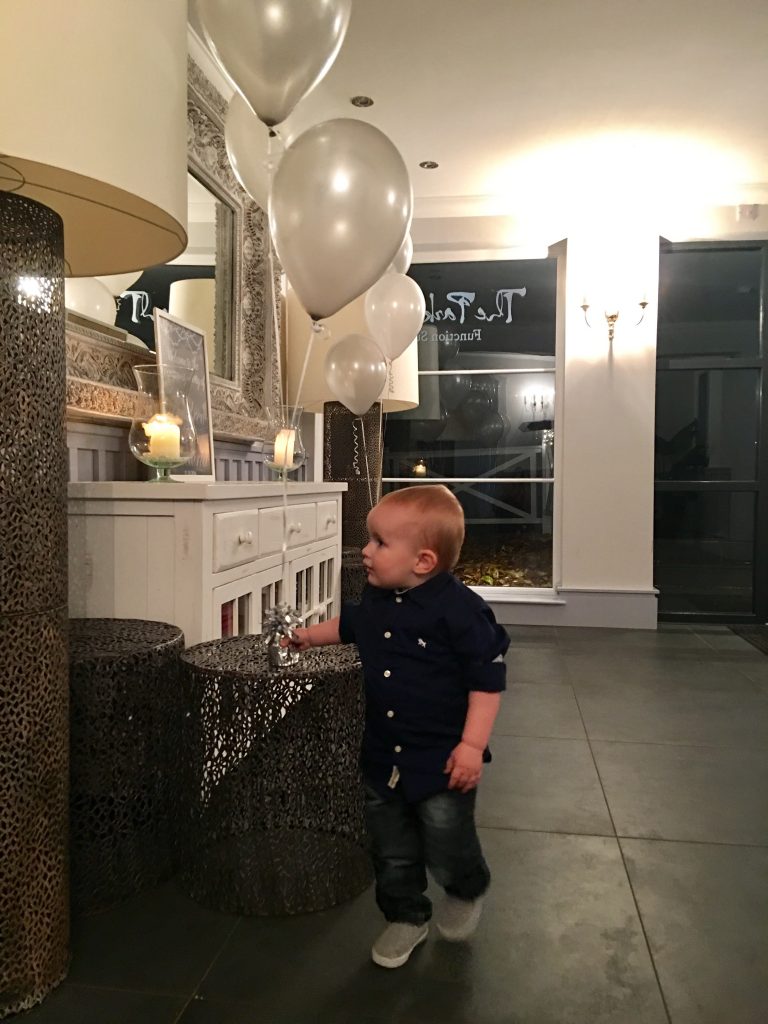 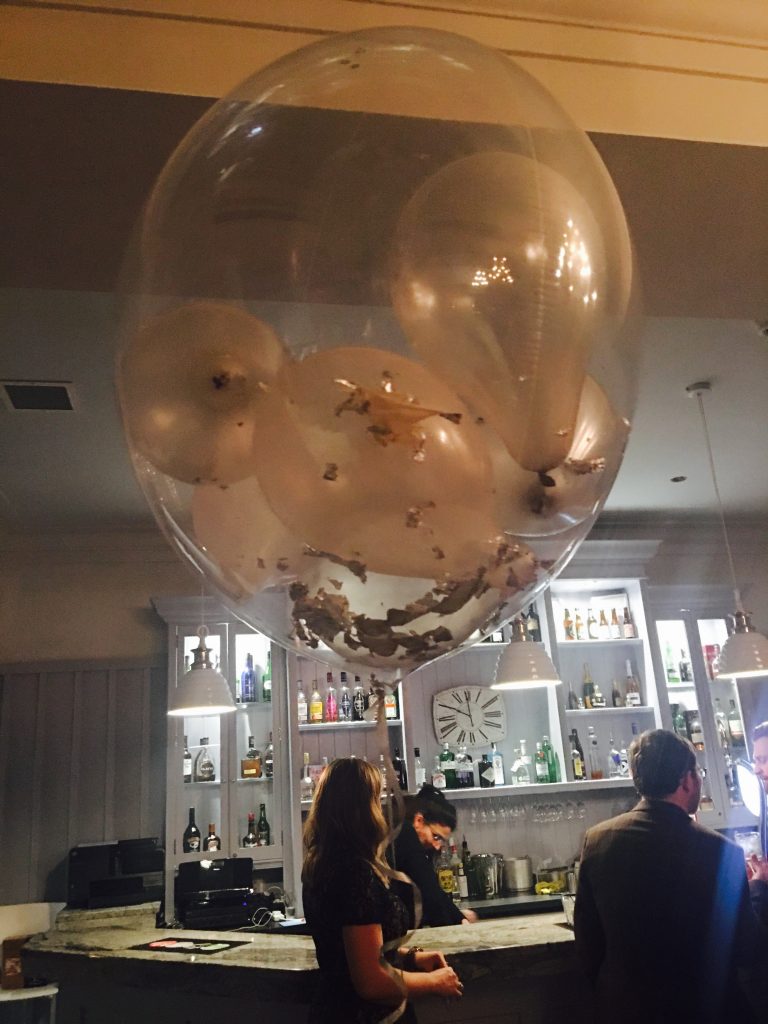 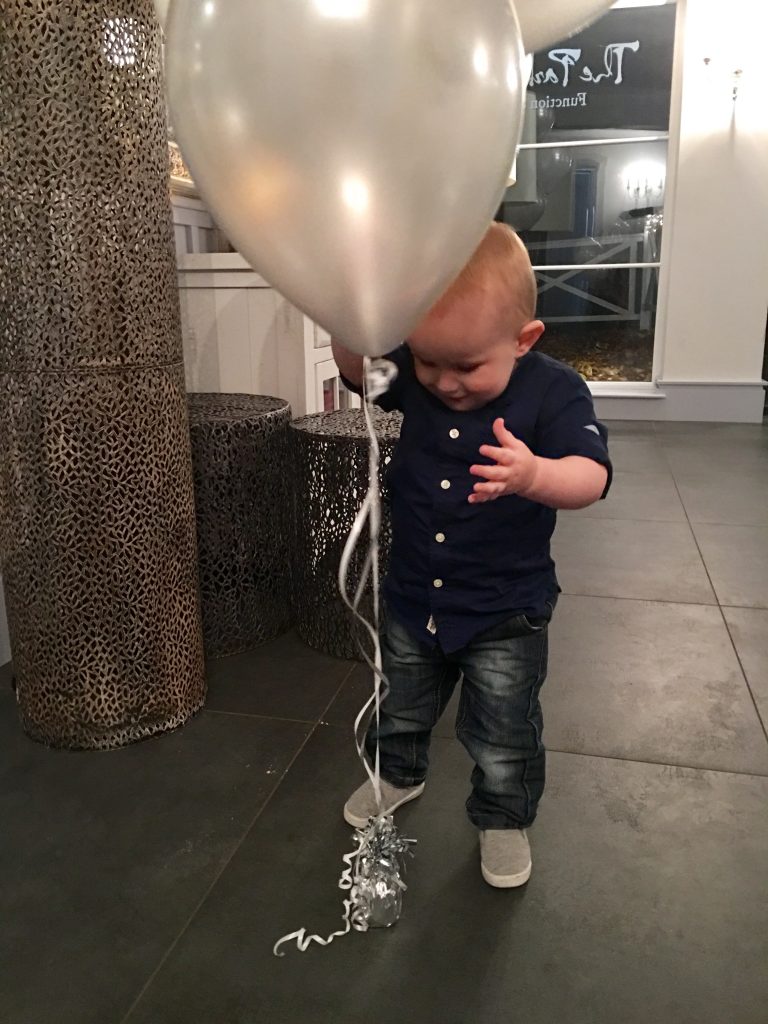 S had fun playing with the balloons, running off with them at one point! 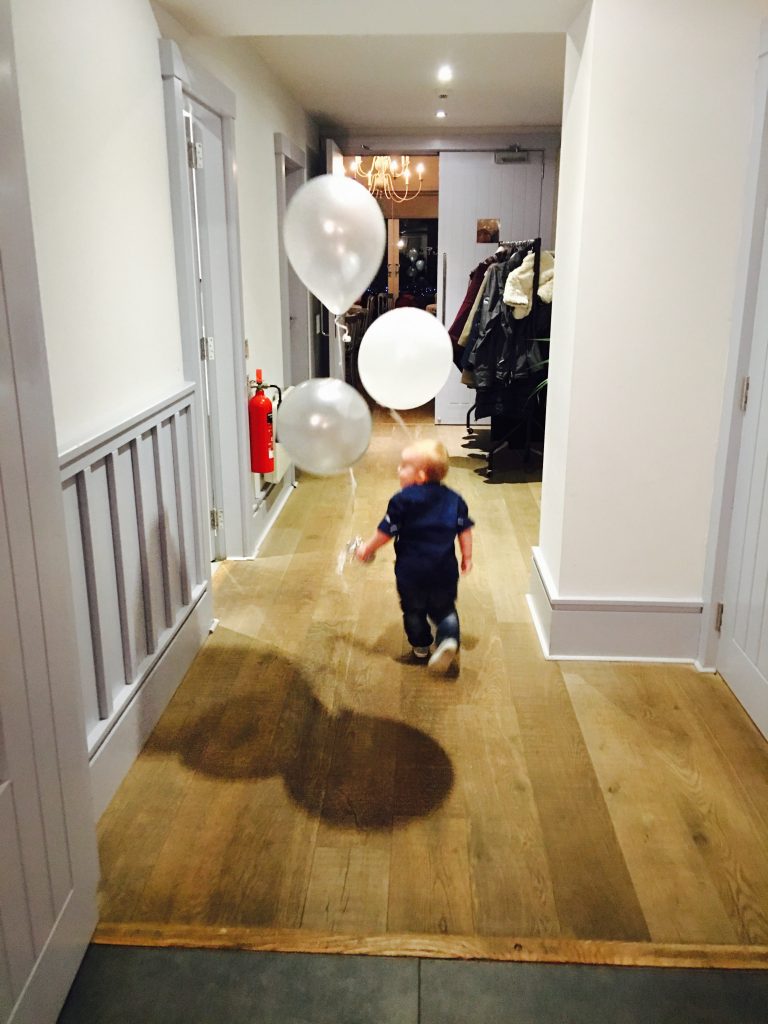 S was still on the go at 11.00pm when we decided to head home and it wasn’t long before he was sound asleep in the car!

Our plans for Sunday involved meeting some other Aberdeen bloggers at the Corner Tree Cafe however I wasn’t feeling great and after half an hour there with S playing up I just had to leave and go home. Despite being the designated driver and being on fresh orange juice and lemonade at the engagement party the night before I was the one who woke up feeling unwell!

From the other Aberdeen bloggers Instagram posts the food looked yummy and looked like everyone had a great time, so I was gutted to miss out but I will have to go back to try out some of the food!

There are no photos from Sunday as the rest of the day was spent in bed with a migraine  – me and S may have had super long afternoon naps!

So that was our weekend – a fab Saturday followed by a not so fab Sunday!