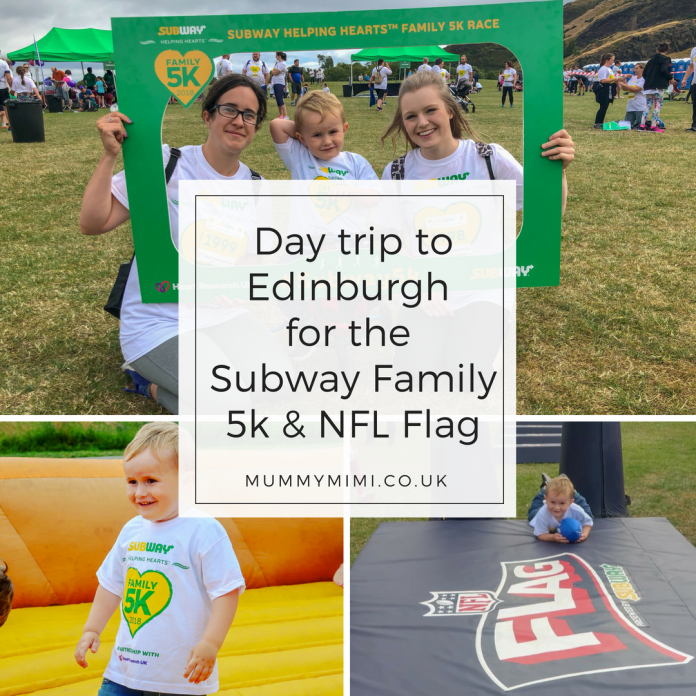 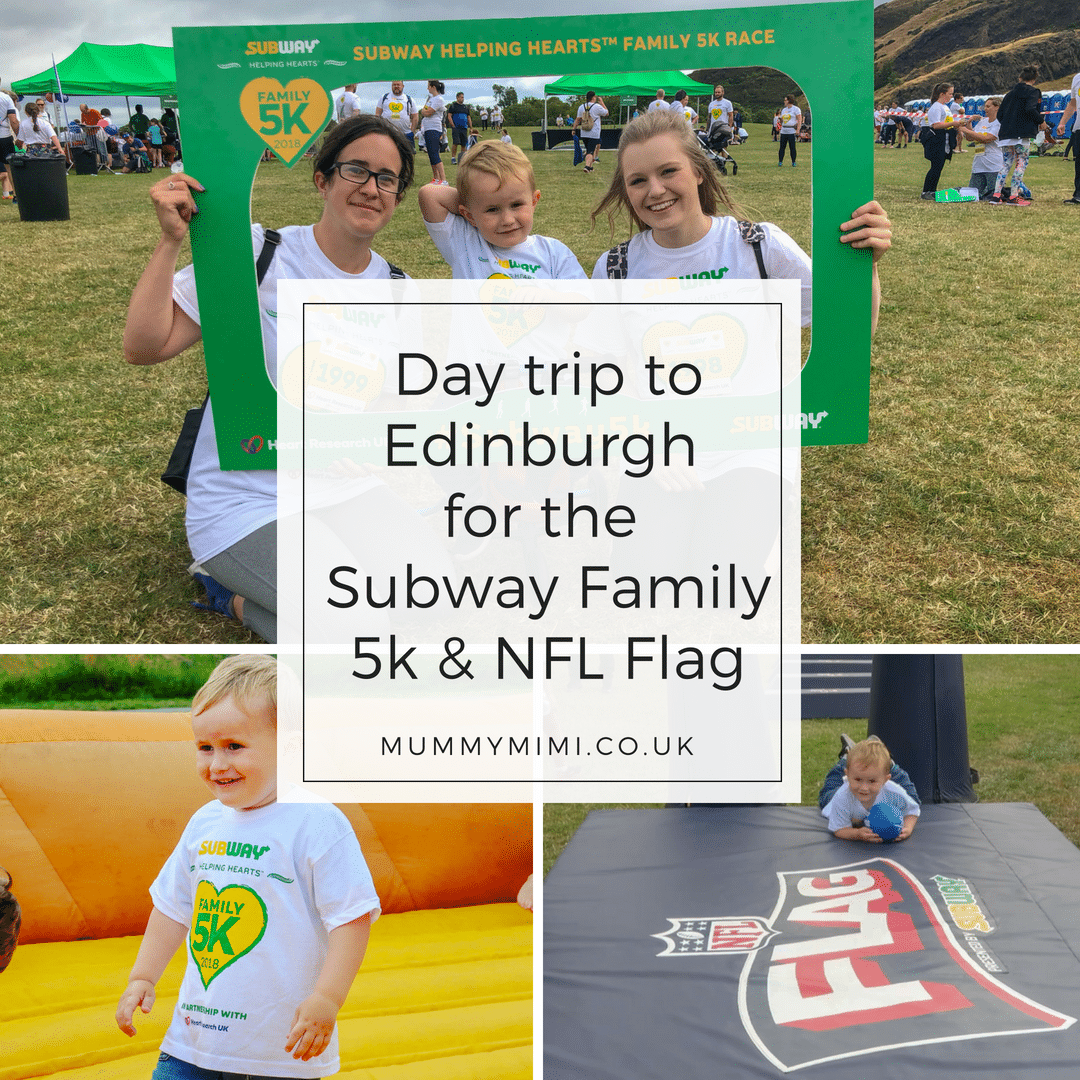 This post is a collaboration with Subway®, as always views and opinions are our own

On Sunday 22nd July myself, S and my friend C headed down to Edinburgh to take part in the Subway® Helping Hearts Family 5k organised as part of their partnership with Heart Research UK.

As myself and C are currently training for a 10k run we thought it was a great opportunity to get in some extra training, albeit walking with S, and for a road trip to the capital.

If you are interested in signing up for a future Subway® Helping Heart Family 5K race head on over to – https://support.heartresearch.org.uk/

We headed to the event village to get ourselves registered for the race, get our t-shirts and race numbers – S loved that we all had matching t-shirts! 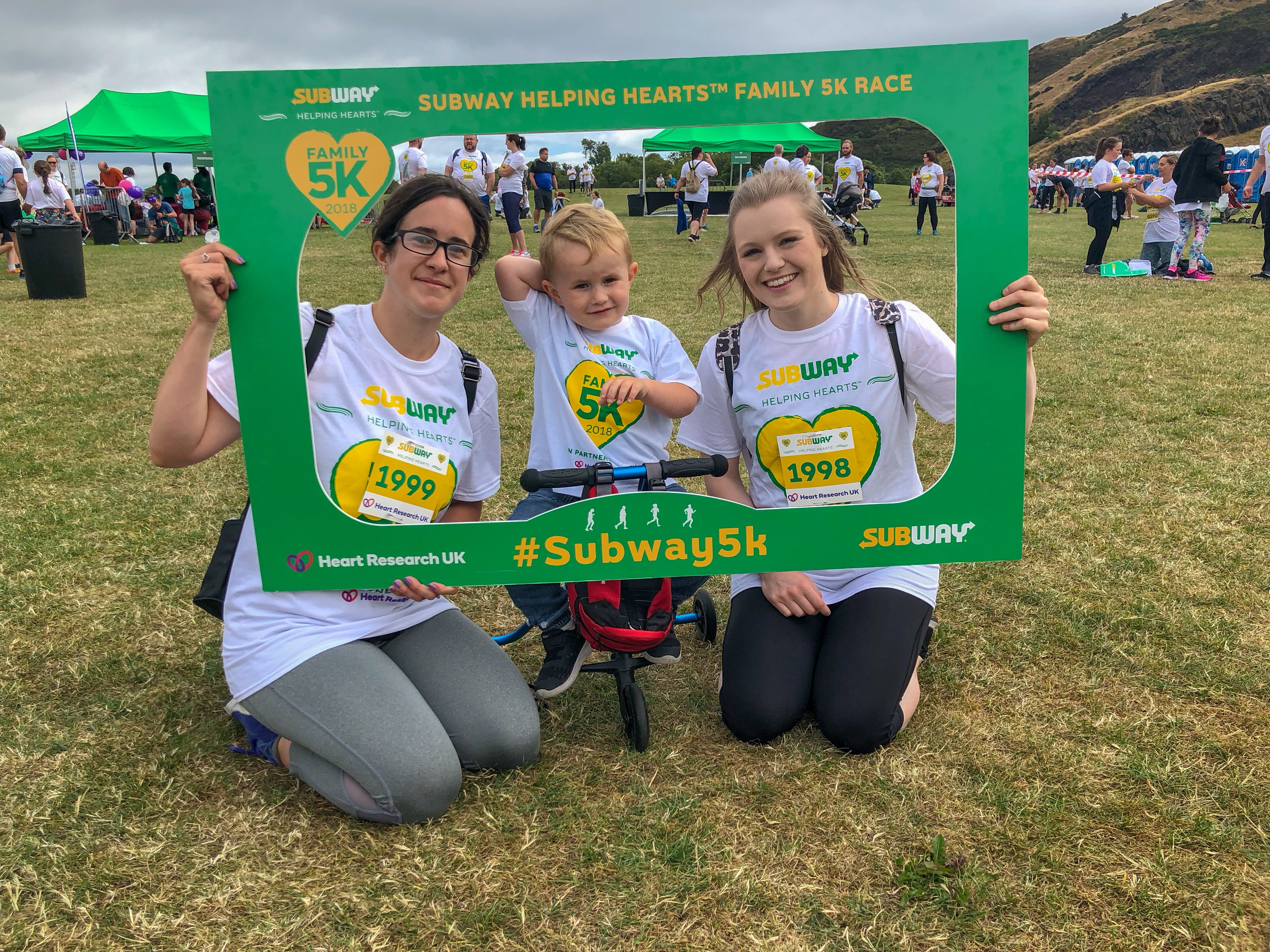 Then it was time to explore what was going on. There was lots going on from the inflatables and games to watching the NFL Flag training sessions. 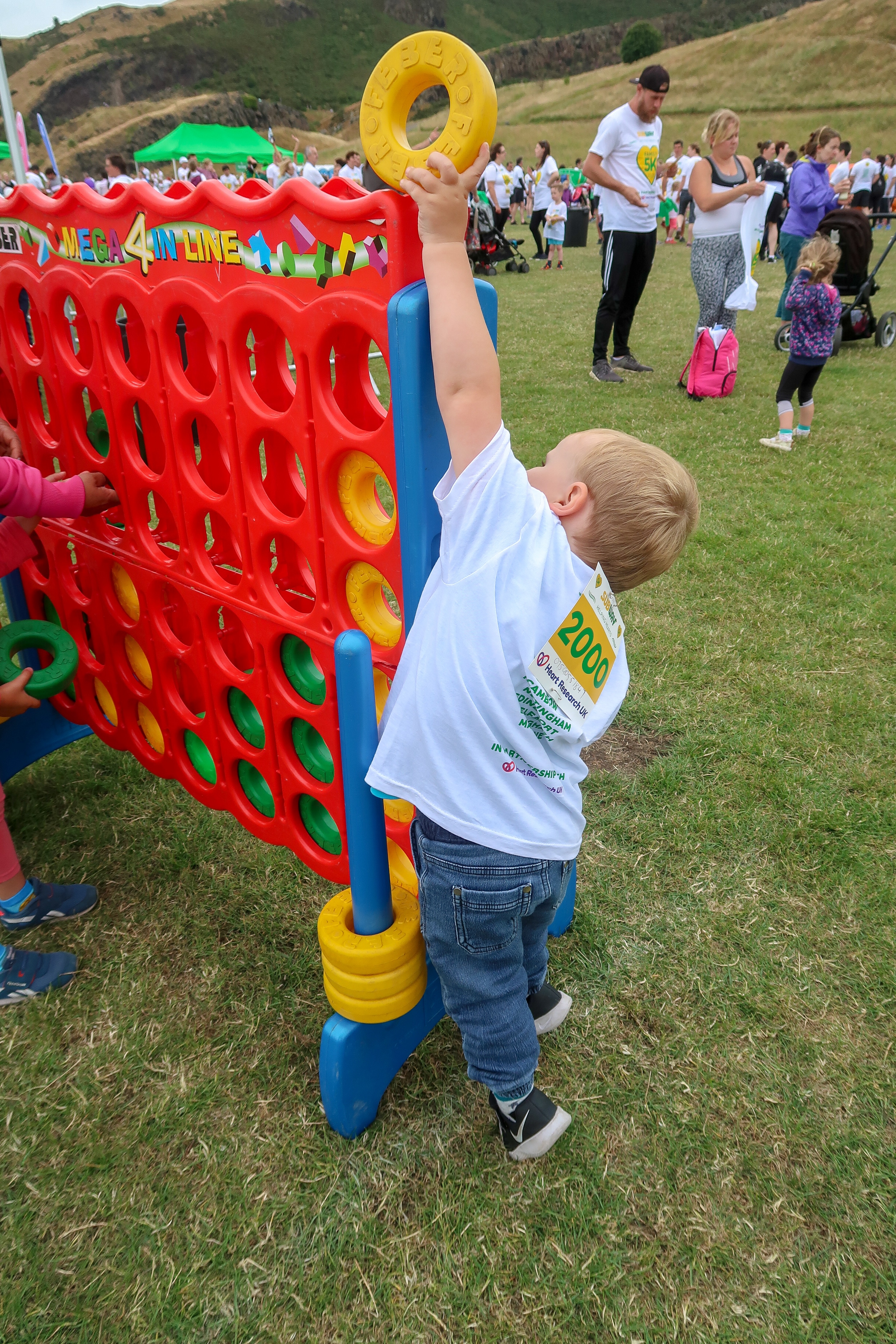 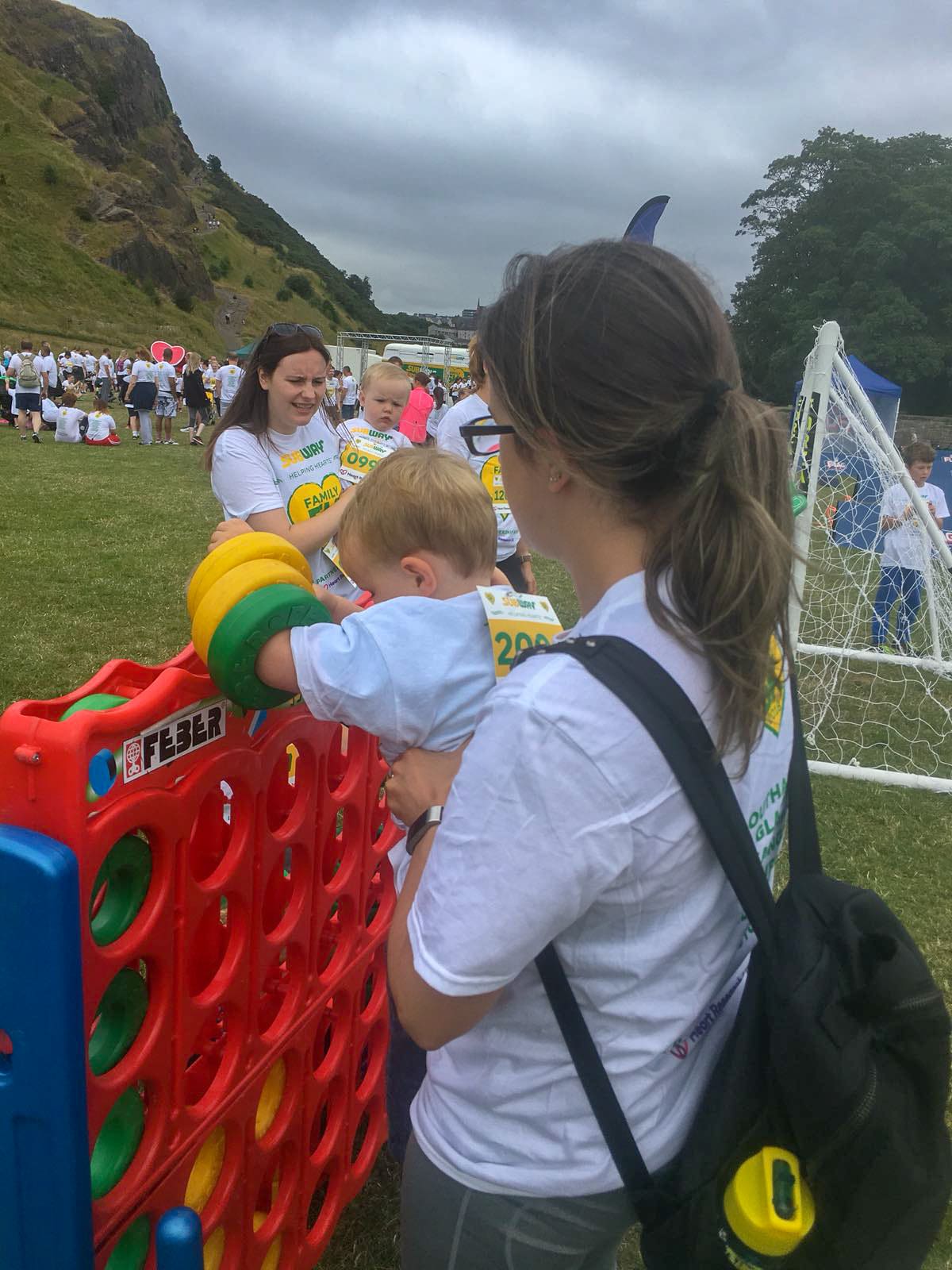 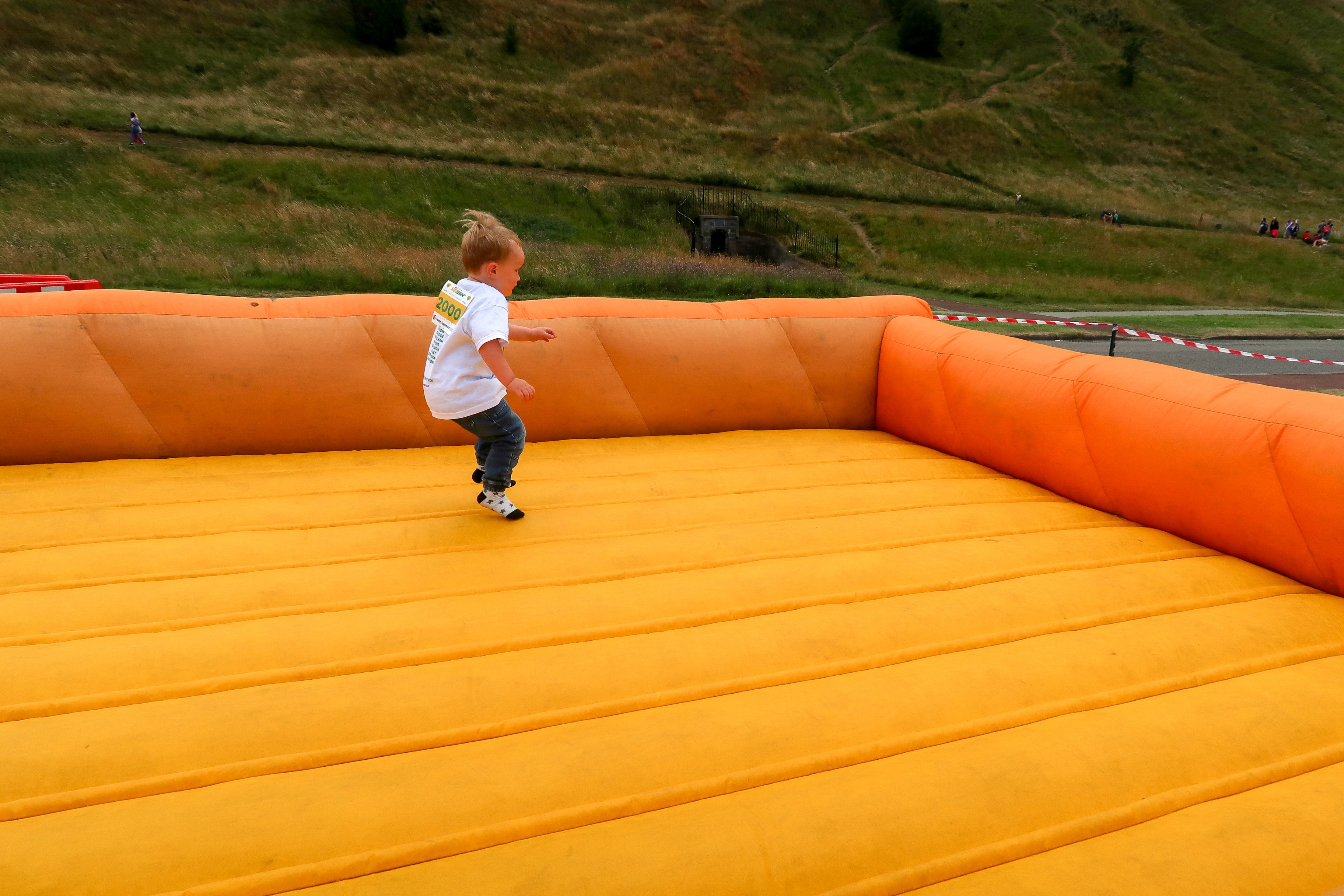 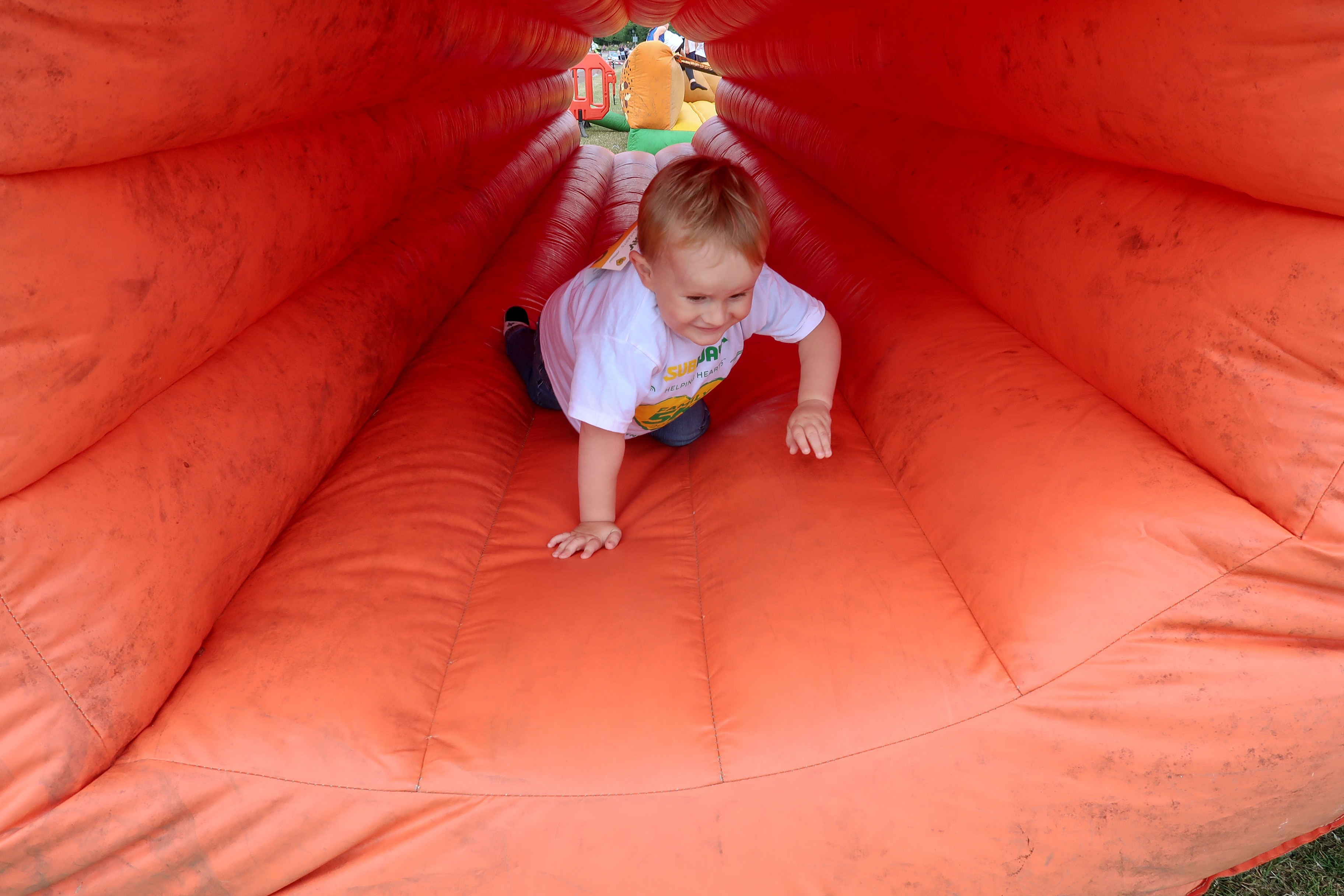 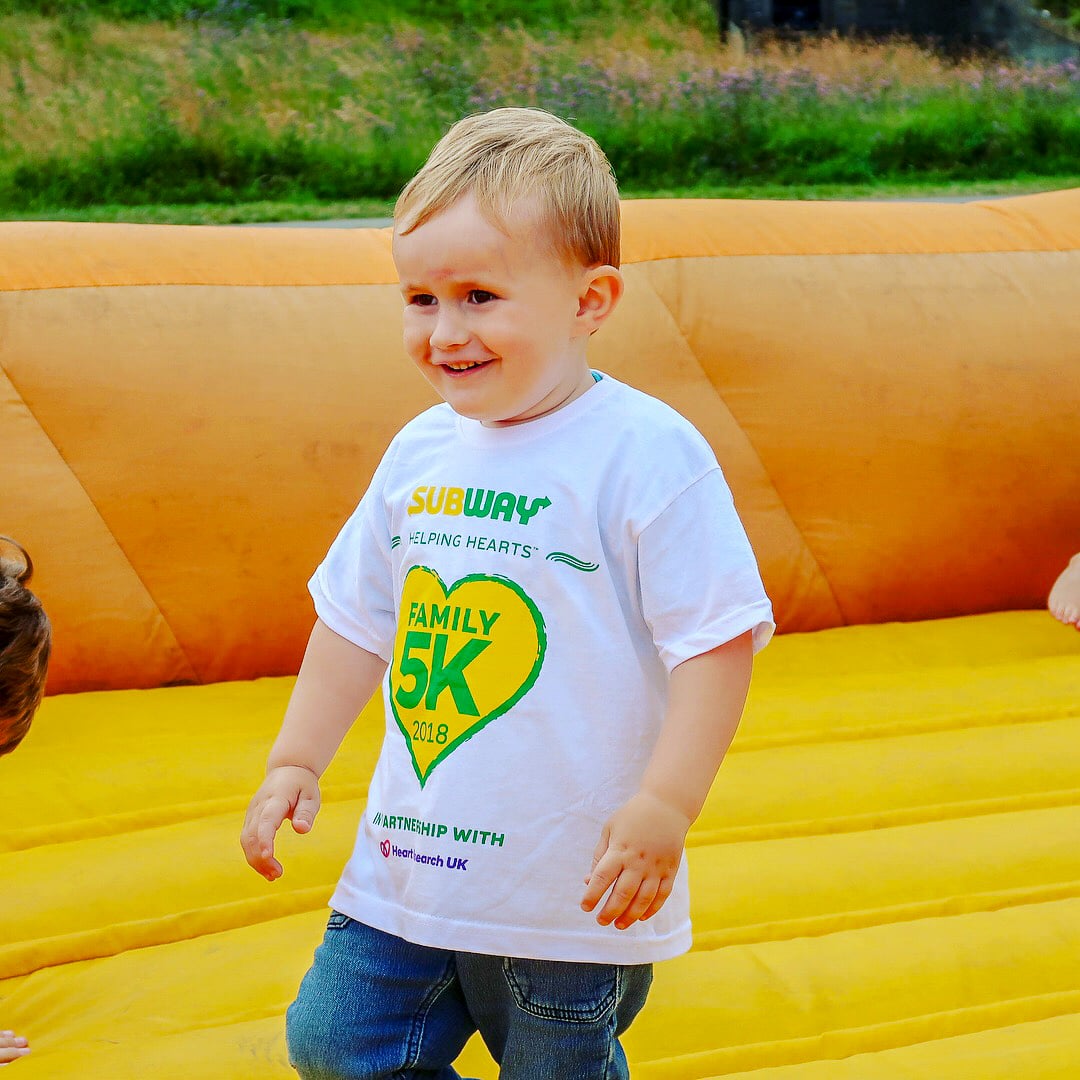 At 12pm it was then time to set off on the 5k. In the crowds there was a mixture of people running, walking, pushing buggies…. and S on his trike as we set off round Arthurs Seat.

In S’ case it was a case of why walk when you can get pushed round! Only opting to get off and run when he saw we were approaching the finish line as he was desperate to get his medal! 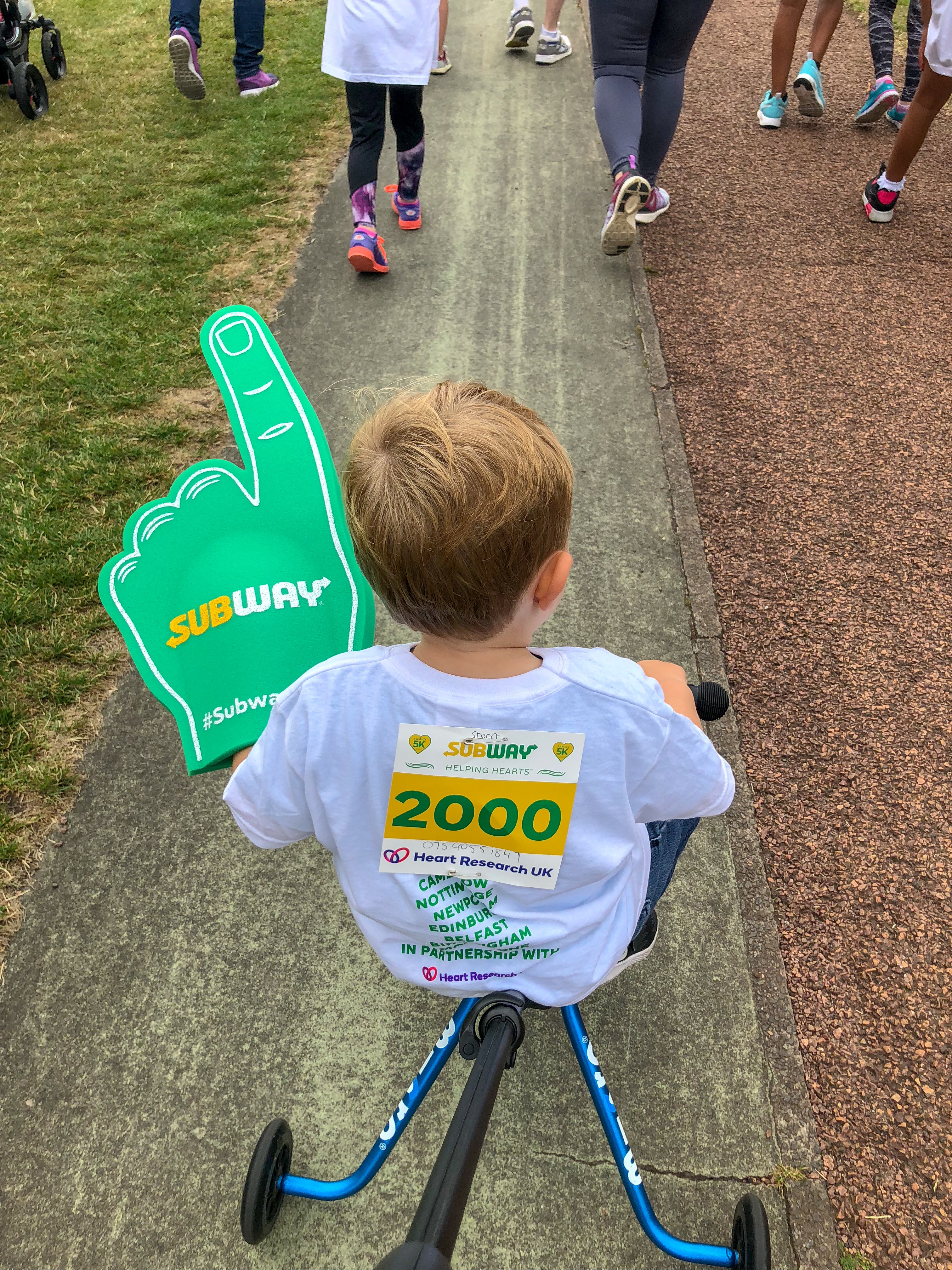 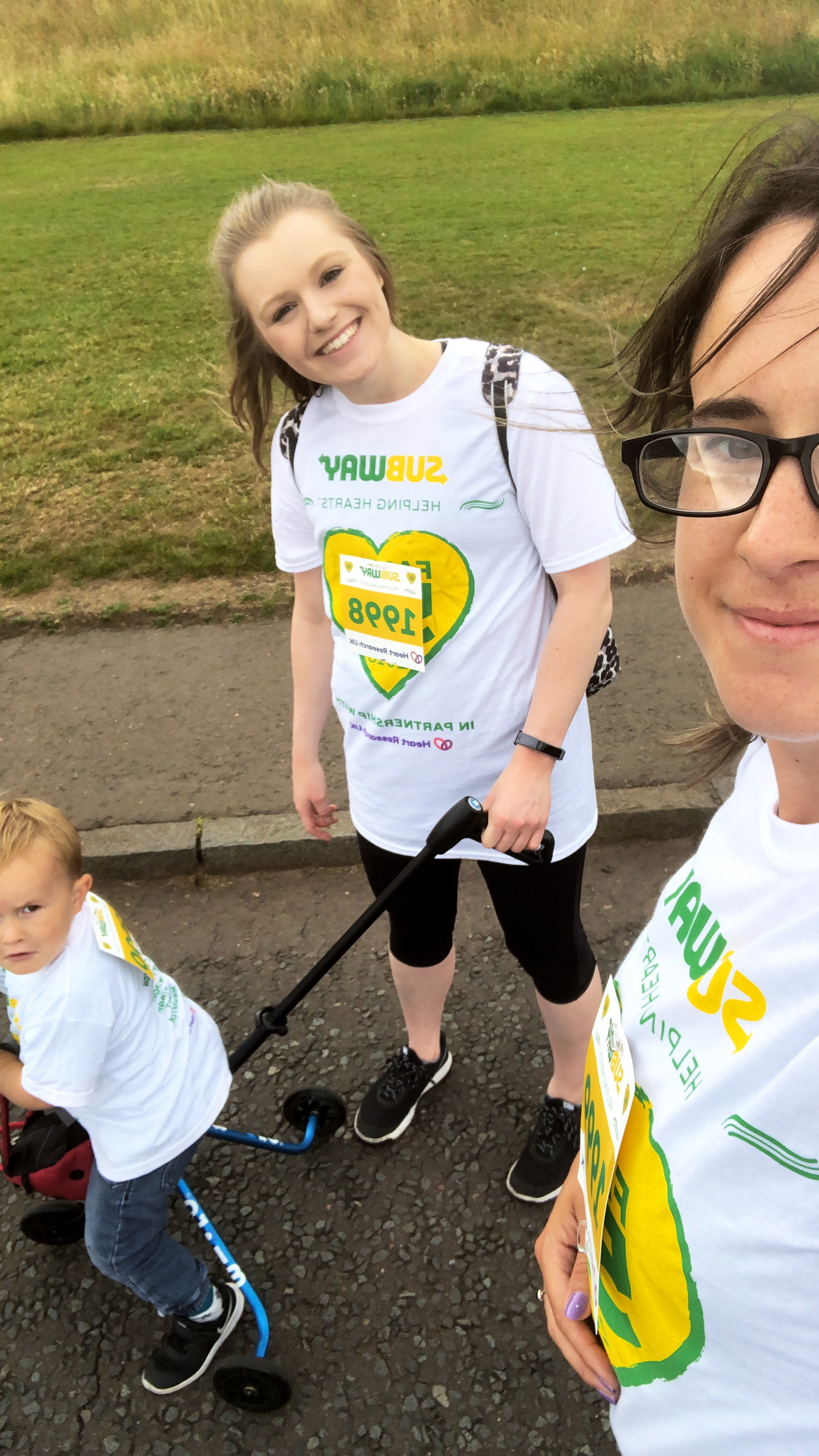 After the 5k it was time for everyone to collect their Subway® lunch boxes, with the choice of ham, chicken or veggie subs.

S was delighted with his ham sub box which also came with a cookie, crisps, cereal bar and sweet. 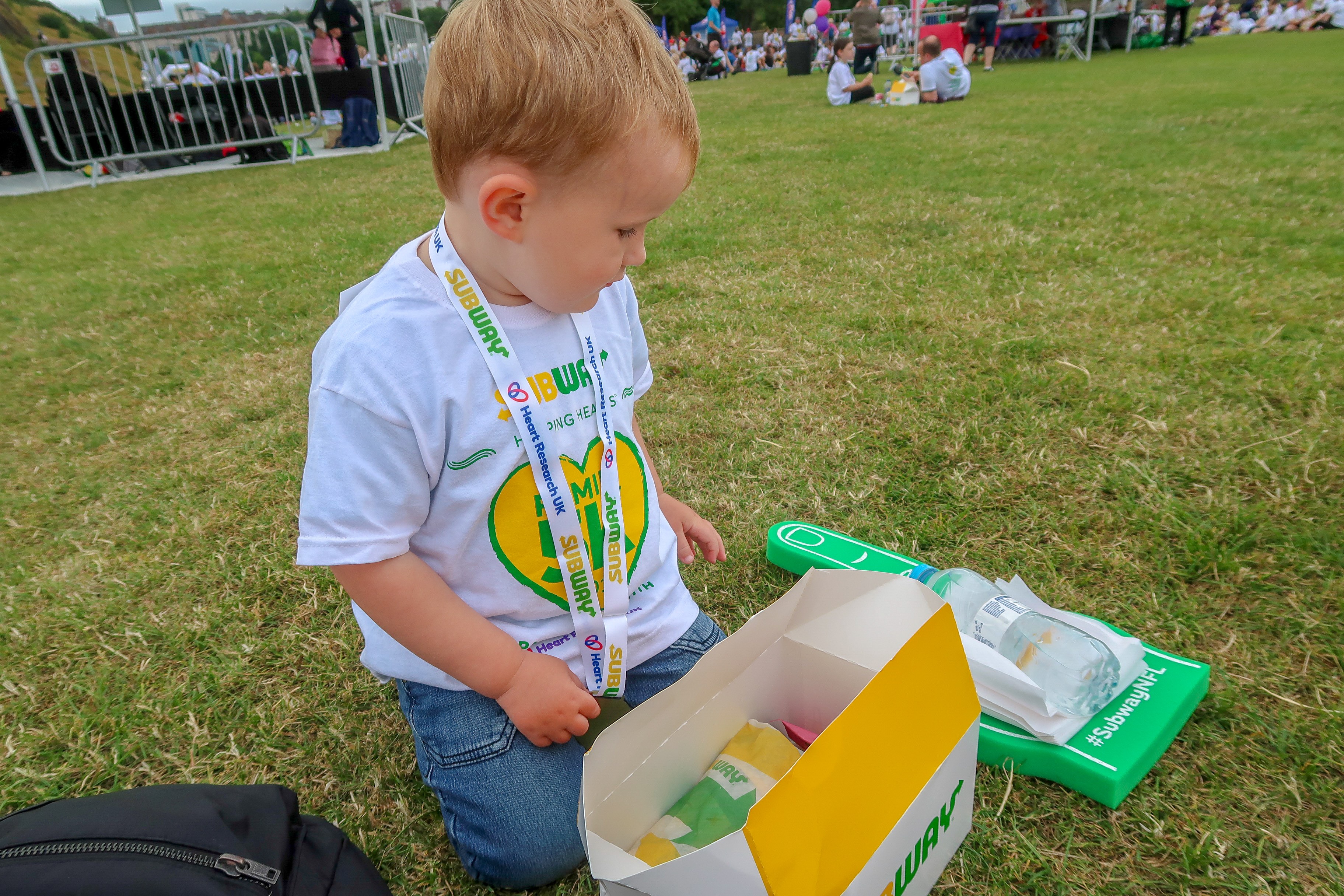 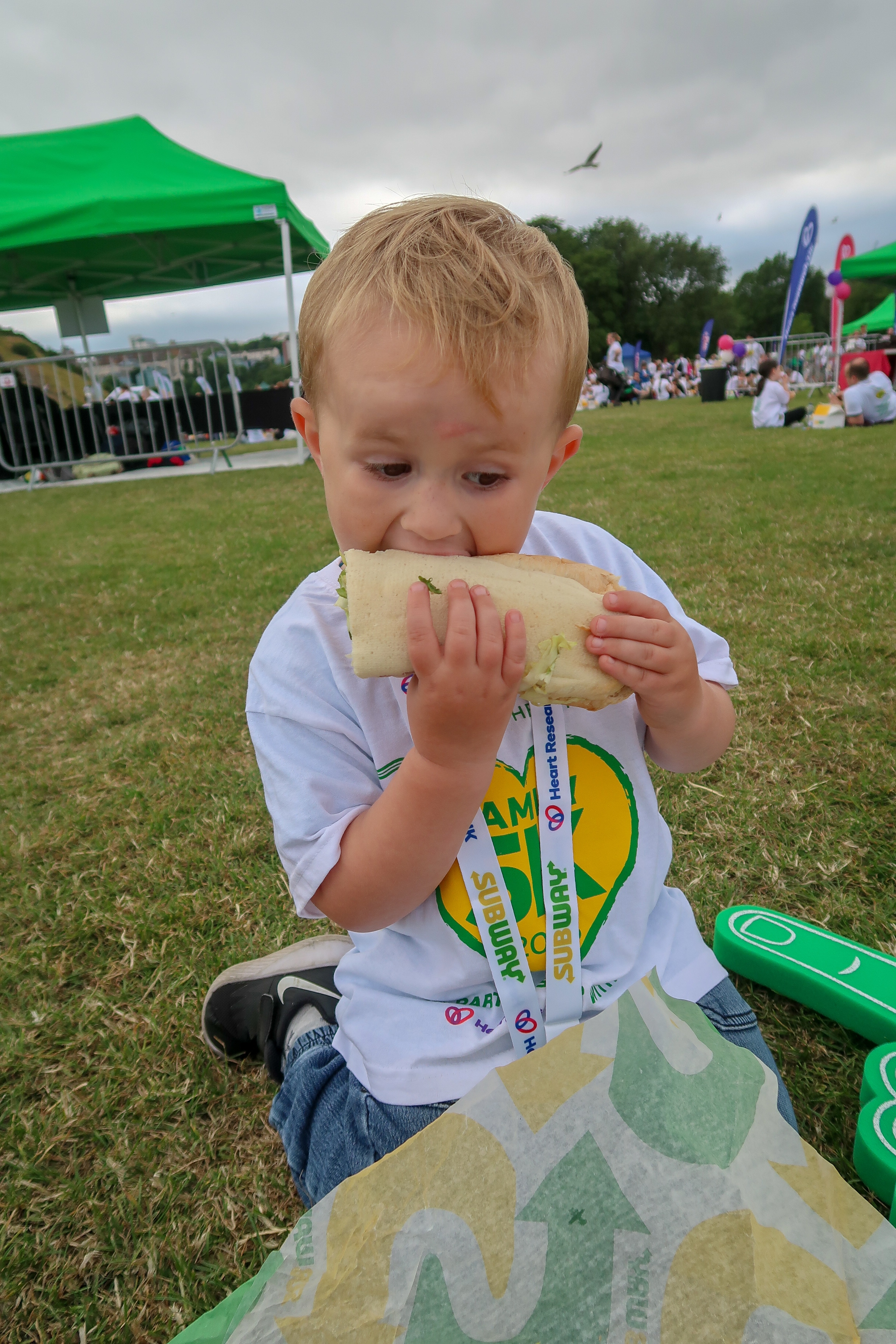 The Subway® lunchboxes were perfect to refuel after our hour long walk. 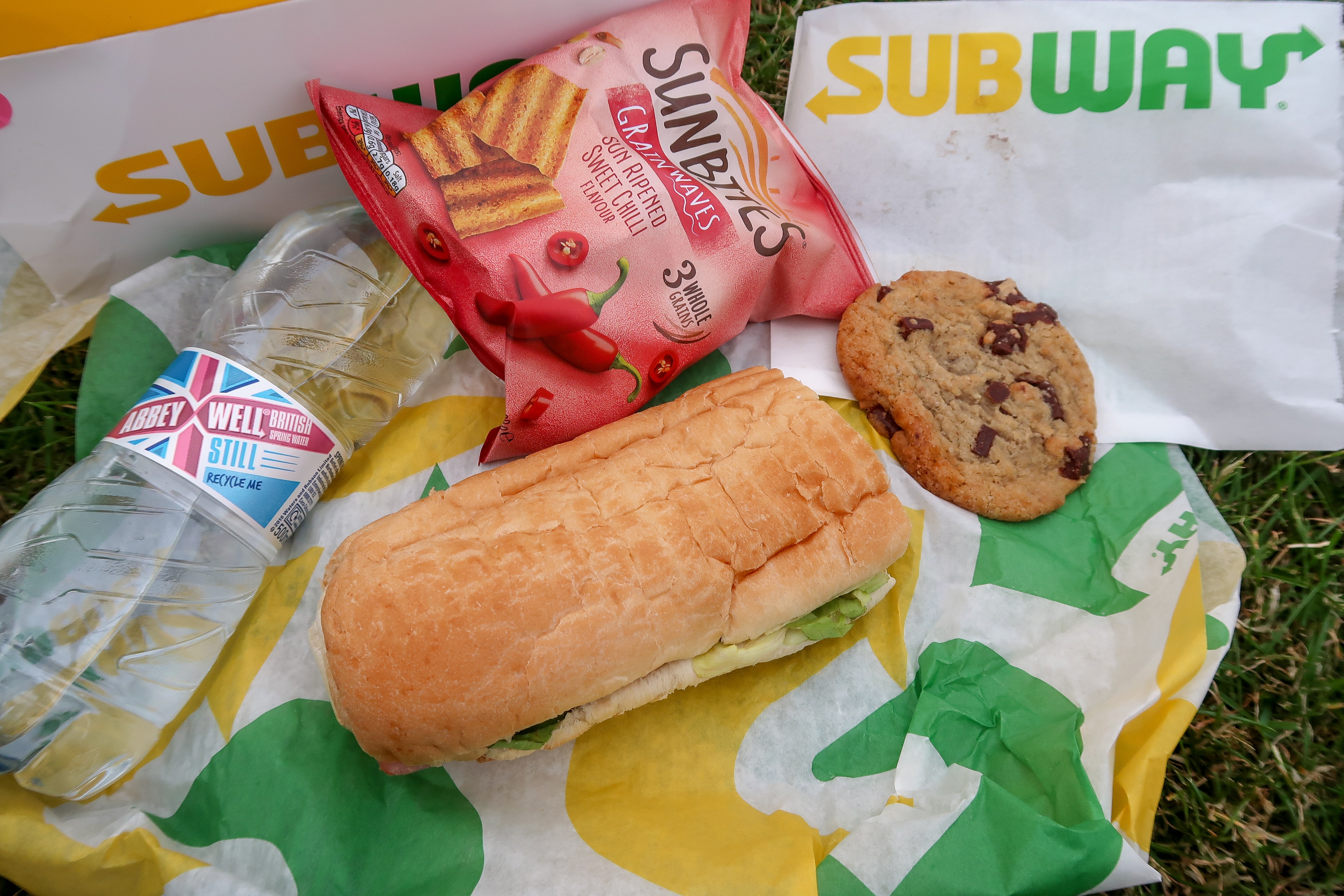 Also in the event village was an NFL Flag area where children could try out a mini training session and find out more about the NFL Flag programme, which is also presented by Subway®.

After watching other kids take part before the Family 5k, S decided he wanted to have a go.

At 3 years old I was unsure how he would get on but he loved it! Stating that he was just like his Uncle, who plays for a local American Football team.

Starting off with a team talk… 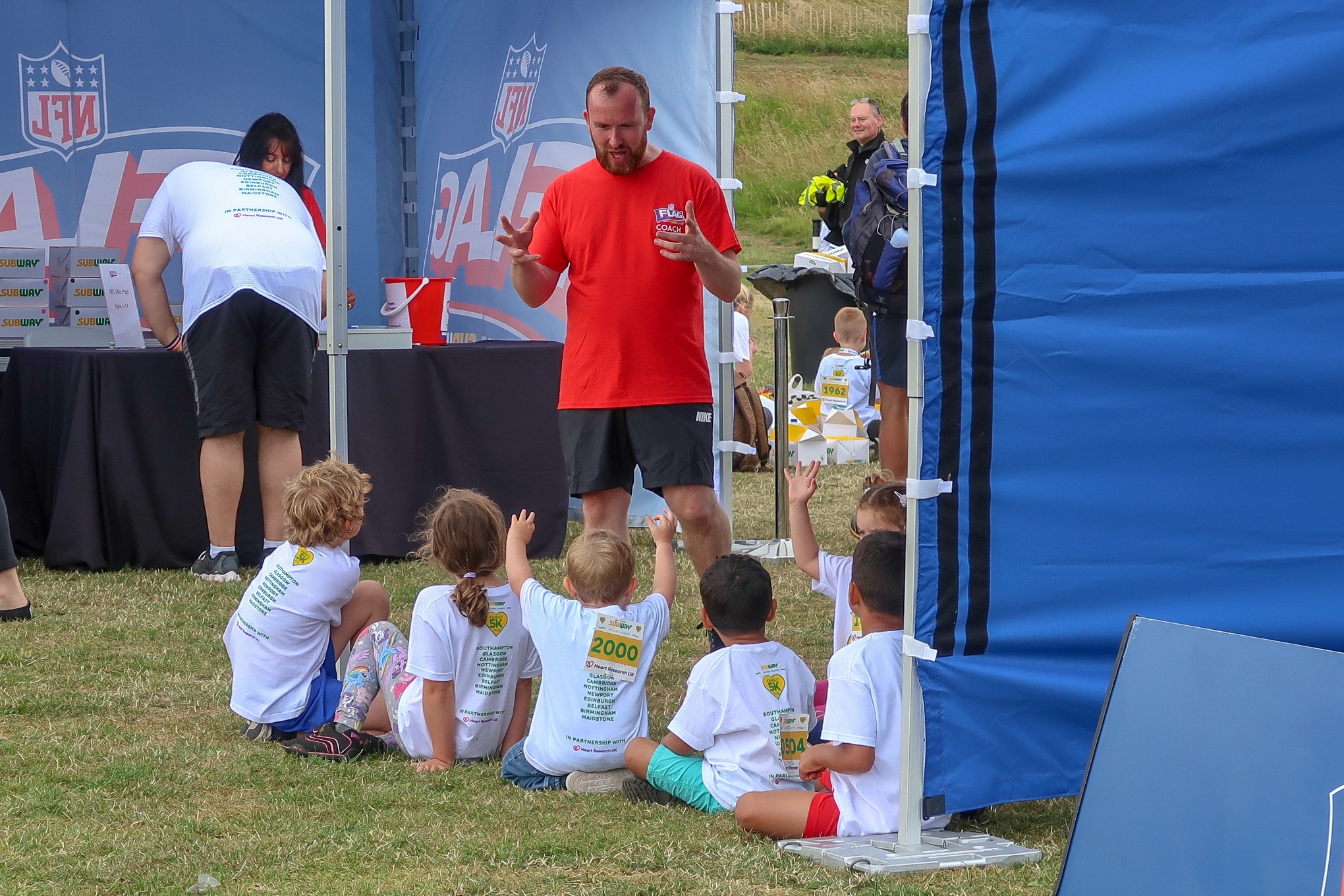 Then they were onto the first station. S was in the final session of the day so they were all in one group due to the number of participants, where in each of the previous sessions were the children split into three groups with one at each station. 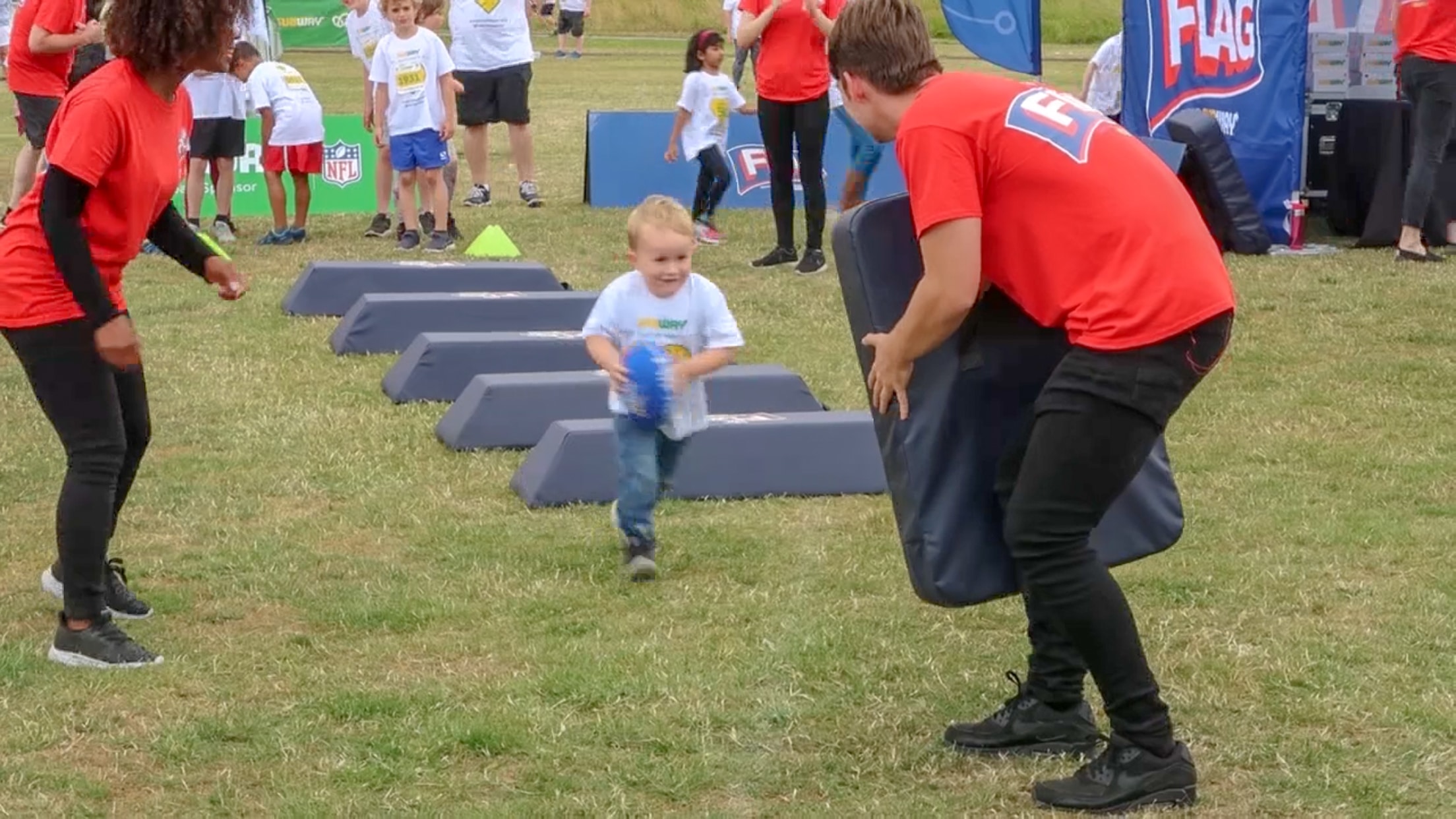 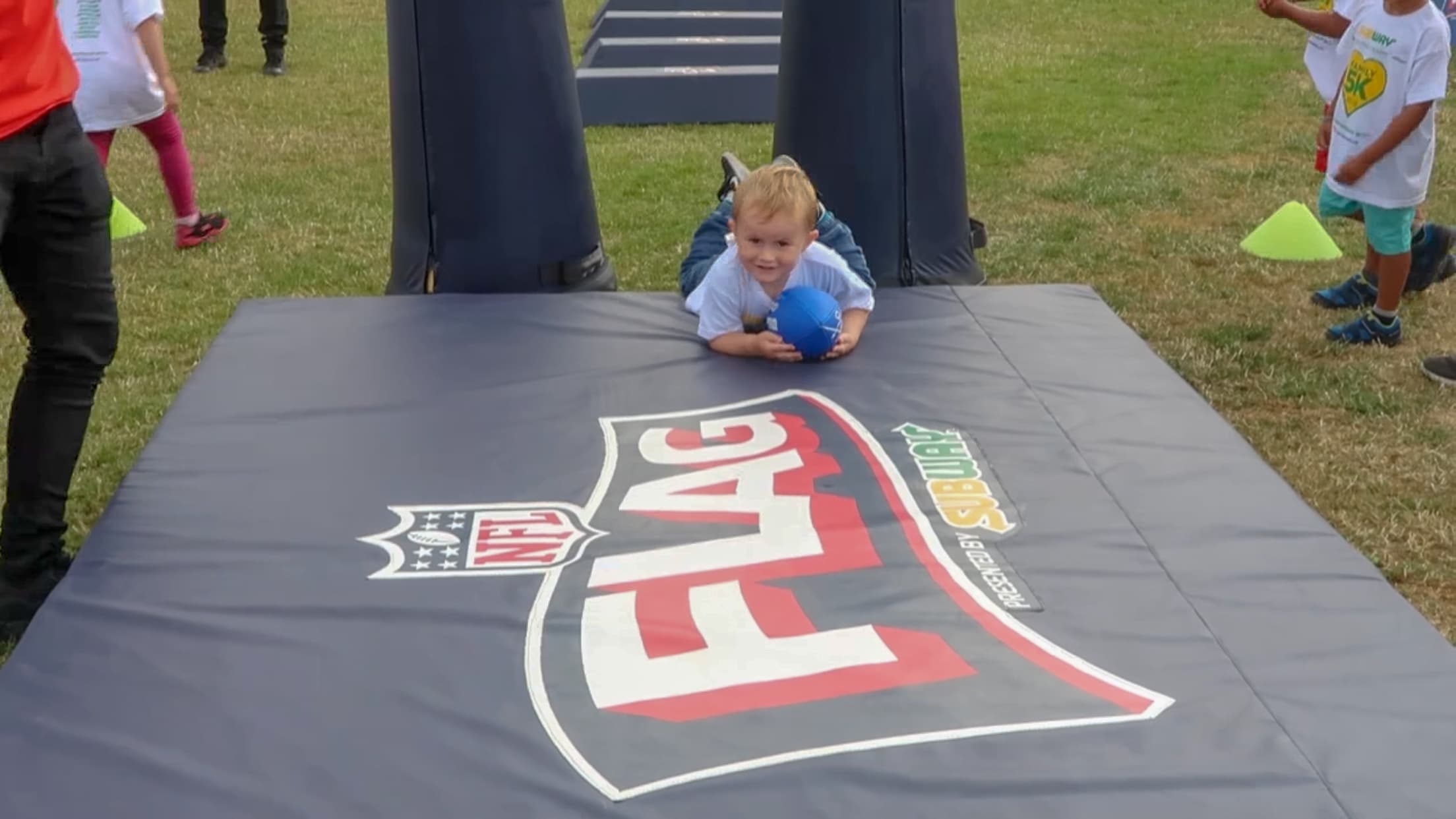 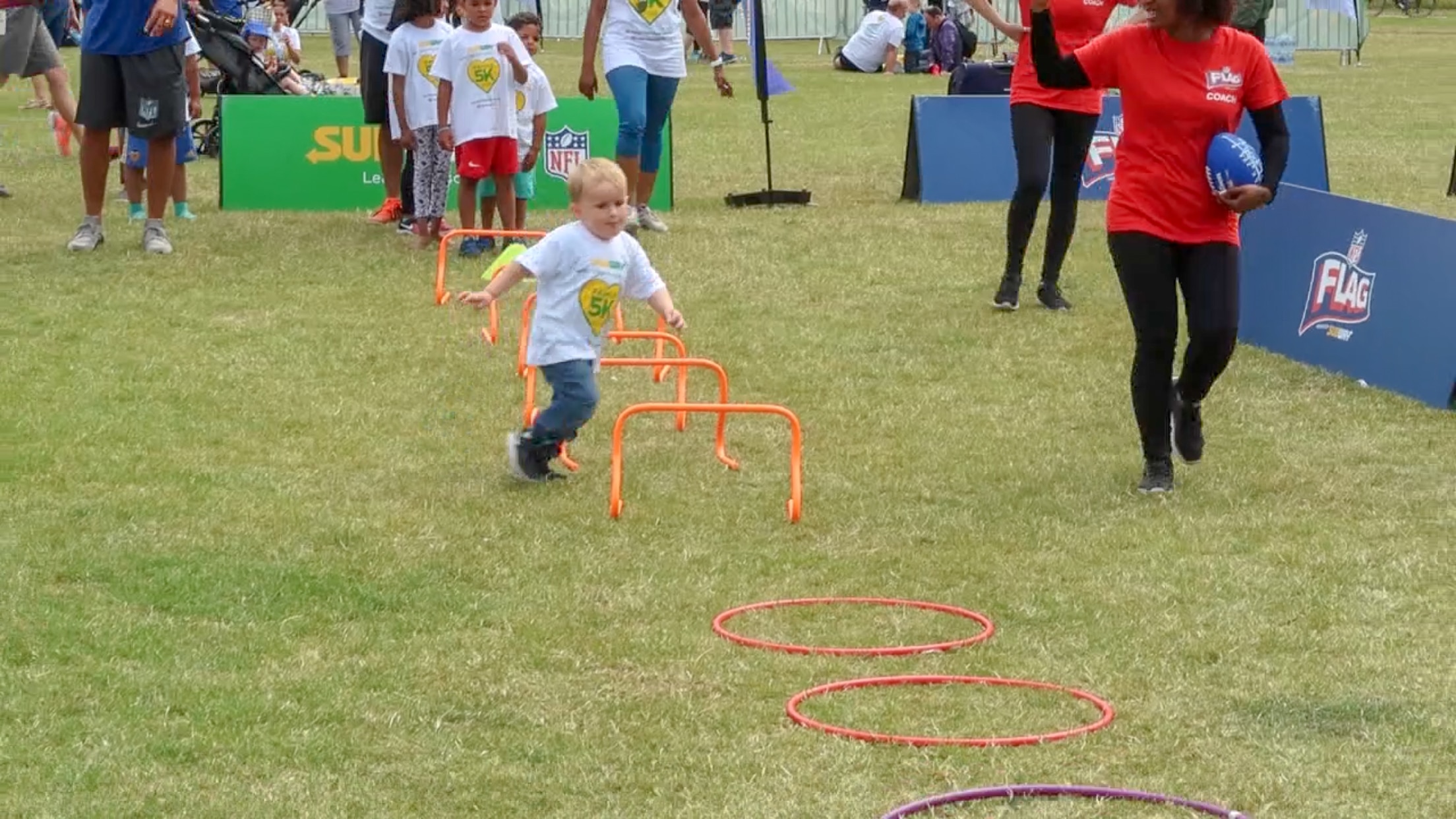 He was delighted with his training session and had lots of fun.

NFL Flag is a non-contact version of American football which provides children aged 8 – 11 years old the opportunity to enjoy the sport.

The programme, which is presented by Subway®, is currently operating in cities across England and Wales with plans to roll out to more UK locations, including Scotland, as well as the Republic of Ireland very shortly!

With over 10,000 children already participating in the NFL Flag programme you can pass on the following link to your children’s school to register their interest – http://www.nfluk.com/news/specialfeatures/article-1/Register-your-school-to-play-Flag-Football/c4c6df2a-9e4e-4302-a06b-350f3069eb27

We had a great day on our trip to Edinburgh. S had a fab time seeing everything in the event village and trying out the NFL Flag session. I was very proud of how well he got on with the NFL Flag session as on the day it was aimed at children aged 5-14 years old.

You can also see our video of the day over on our YouTube Channel and see more of S’ NFL Flag training session.