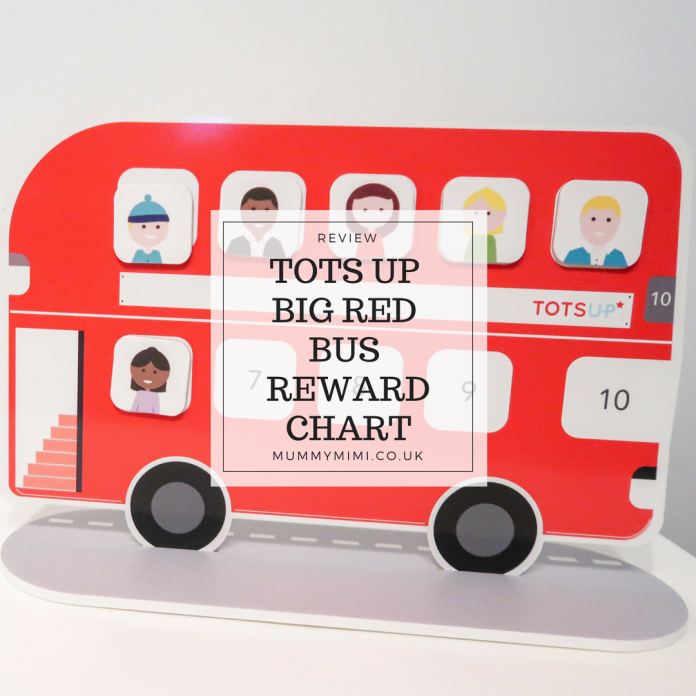 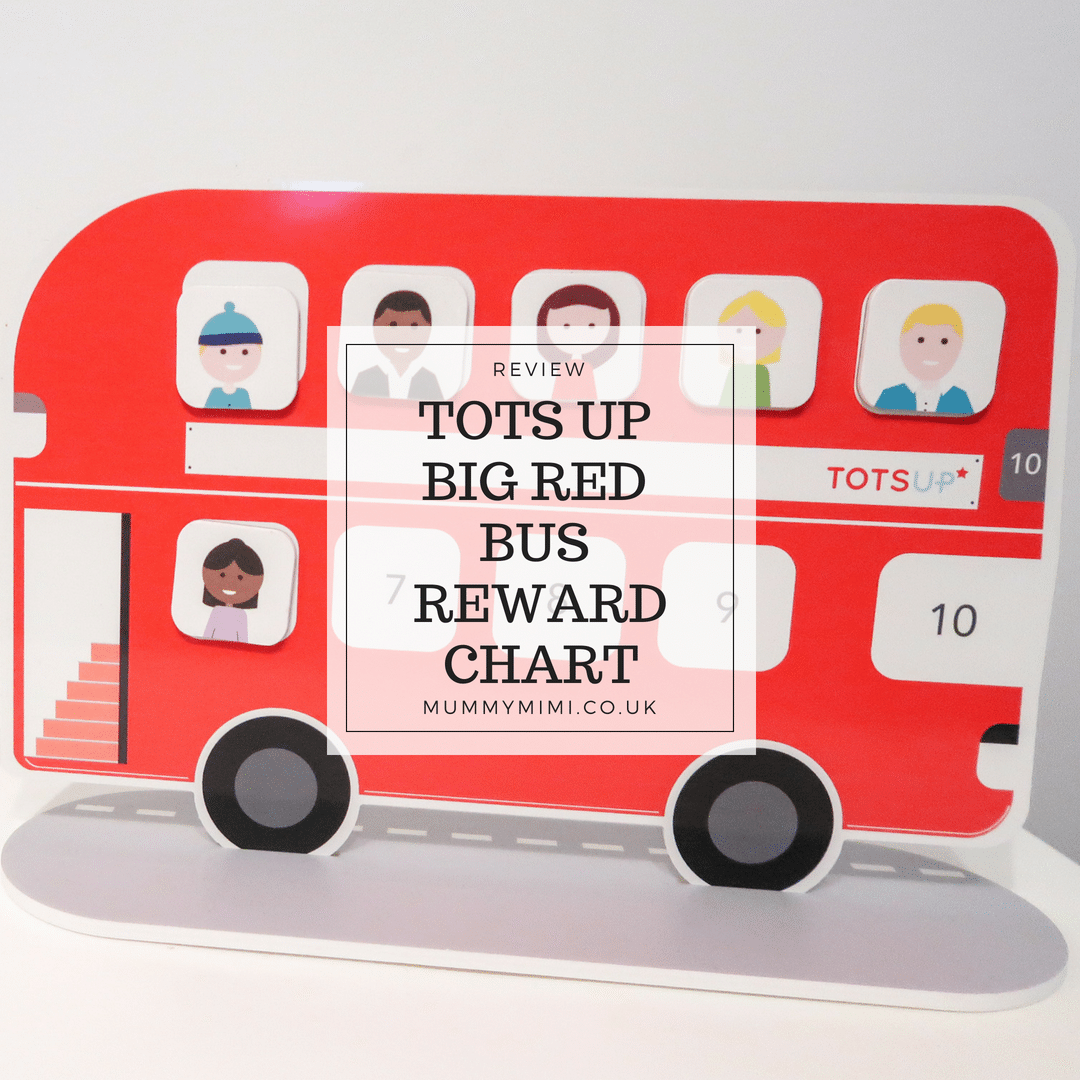 We were kindly sent the Tots Up Big Red Reward Chart to review and this came at a great time as S had decided that he was going to toilet train and wear big boy pants.

What’s in the Box

In the box you receive the reward bus and stand, the bus stop and stand along with 10 magnetic passengers. There is also letter stickers included so you can add your child’s name onto the bus.

The idea is that the 10 passengers are waiting at the bus stop and once your child has earned one they can move them over onto the bus.

The chart is also designed for reuse, meaning that once your child has received their reward for achieving 10 passengers on the bus you can remove them and start again. 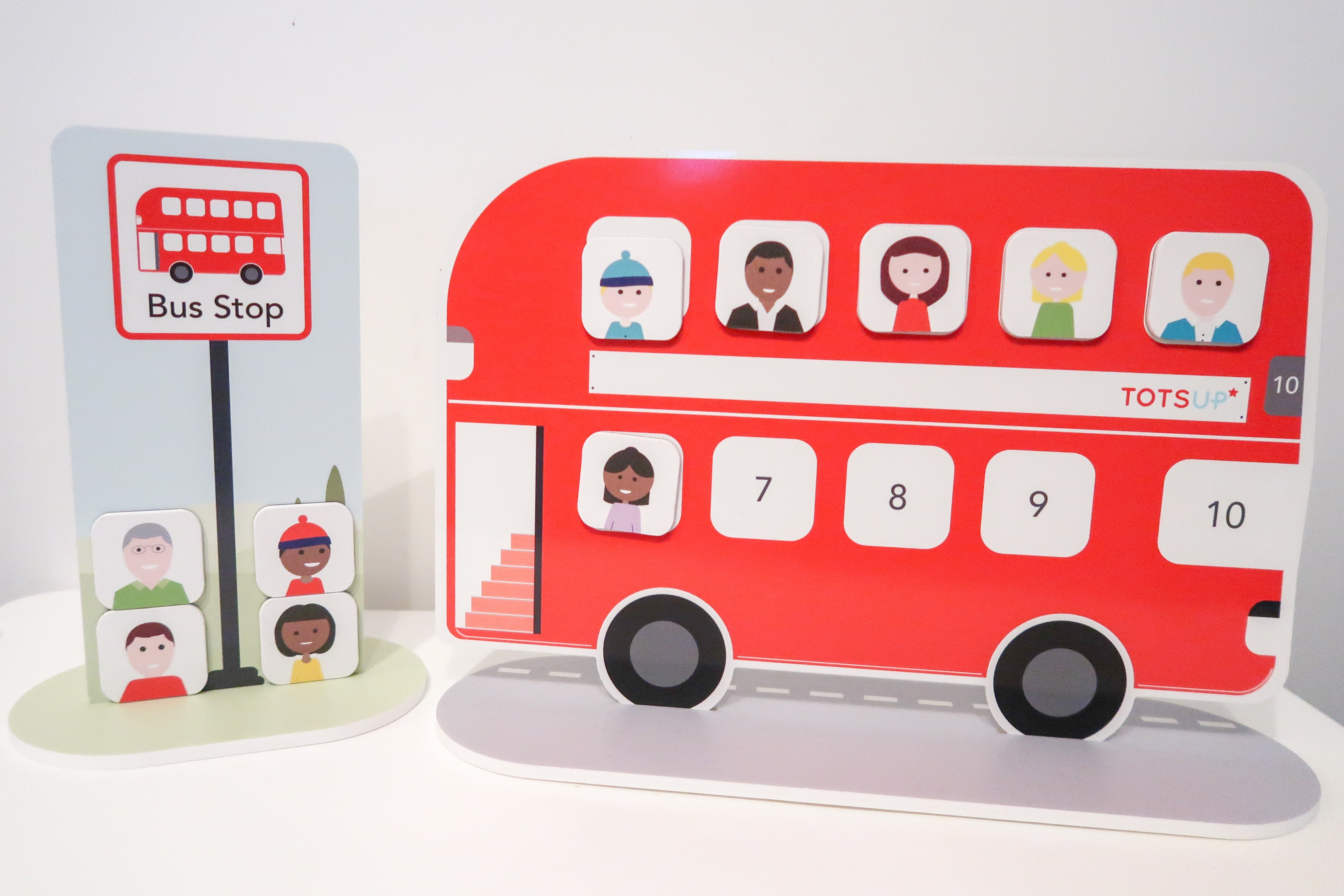 Whenever S had successfully earned a passenger to put on the bus he was asked to pick one off of the bus stop and add them to the bus. When doing this we asked him who they were, as he often named them after people he knew and said where they were going. 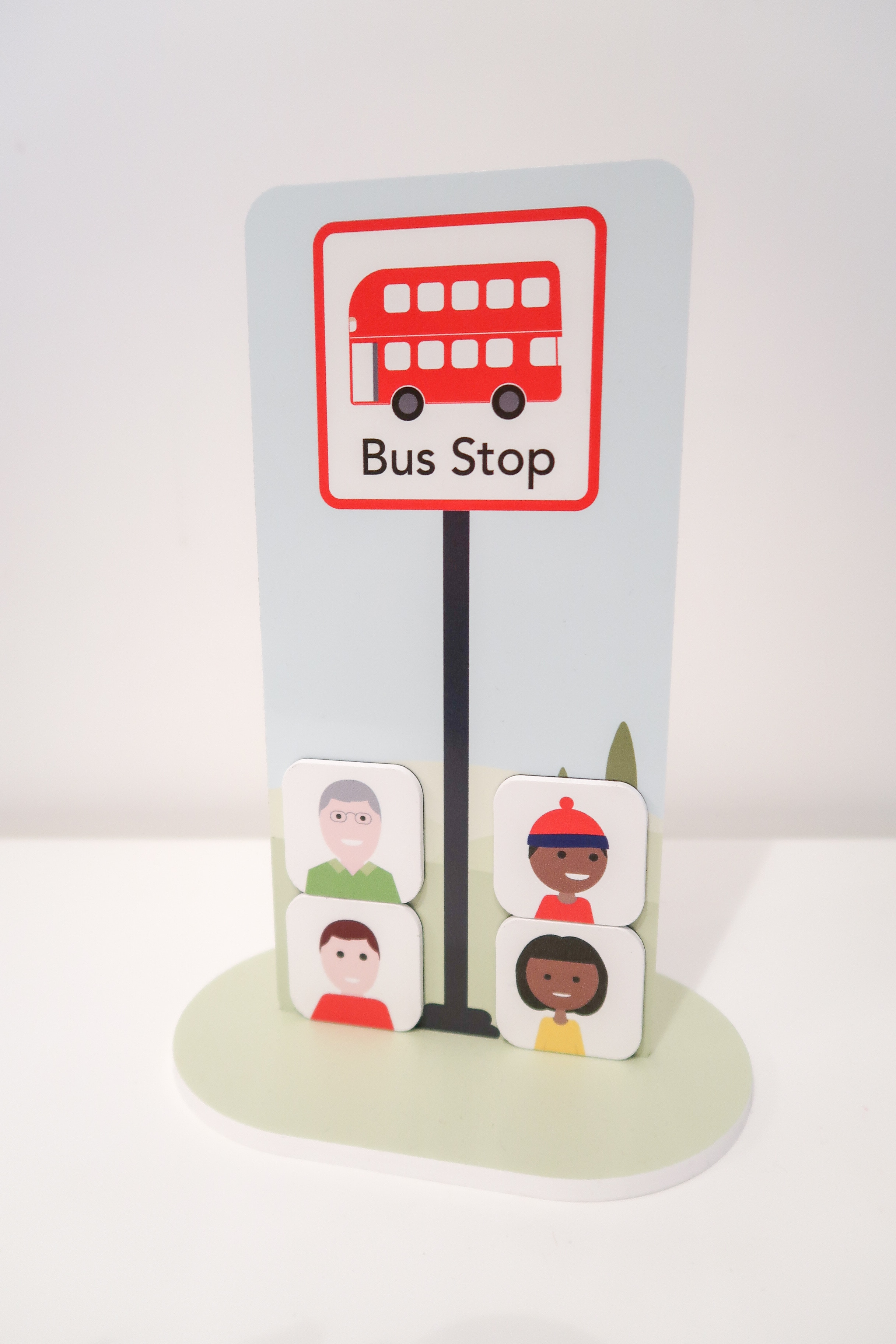 One thing we have definitely learned is to negotiate with S on what the reward will be when his chart is full. When he suddenly decided to toilet train one Saturday morning we hadn’t thought what reward we would offer and he asked if he could get Scooby Doo lego (as he’s currently a massive Scooby Doo fan) as he had seen some on YouTube. We agreed on this before checking out the price… 10 passengers and £54 later S got his Scooby Doo Mystery Machine Lego!

Moral of the story – check the price of rewards and that you can actually still purchase them before being stung for a discontinued set on ebay! We’ve now agreed that packets of PJ Mask stickers from the shops are his reward for completing his bus from now on!

The Big Red Bus Reward chart has been a hit with us and is the first reward chart we’ve had success with. We’ve found counting how many are on the bus and at the bus stop has also helped encourage S to practice counting. With the numbers also being shown on the bus spaces I believe that it will help him with number recognition as we continue to encourage him to use the bus reward char.

The Big Red Bus Reward Chart is priced at £22.95 and available to purchase over on the TOTSUP website.

*** We were kindly gifted the TotsUp Big Red Bus Reward Chart, but as always our opinions and views are our own *** 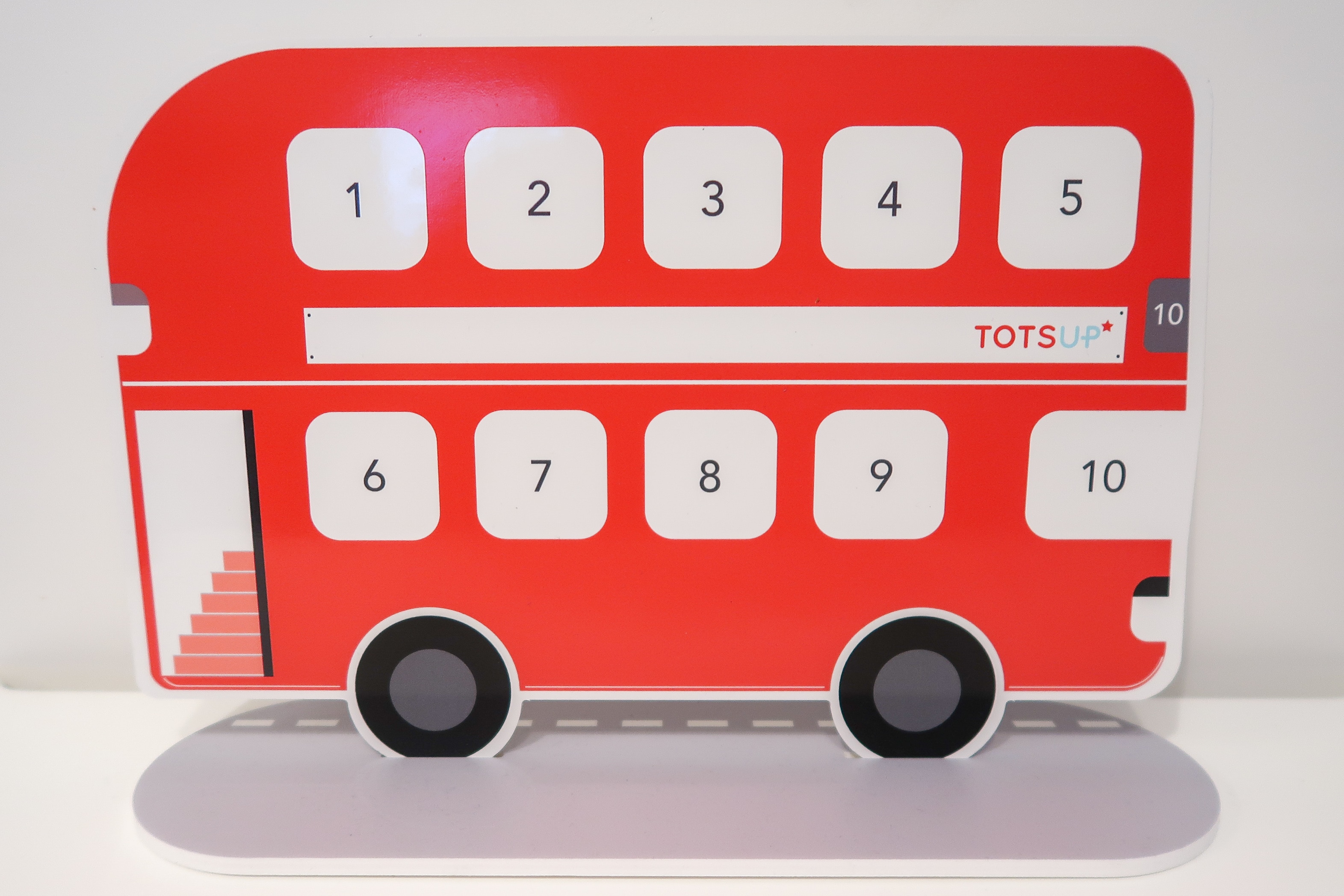