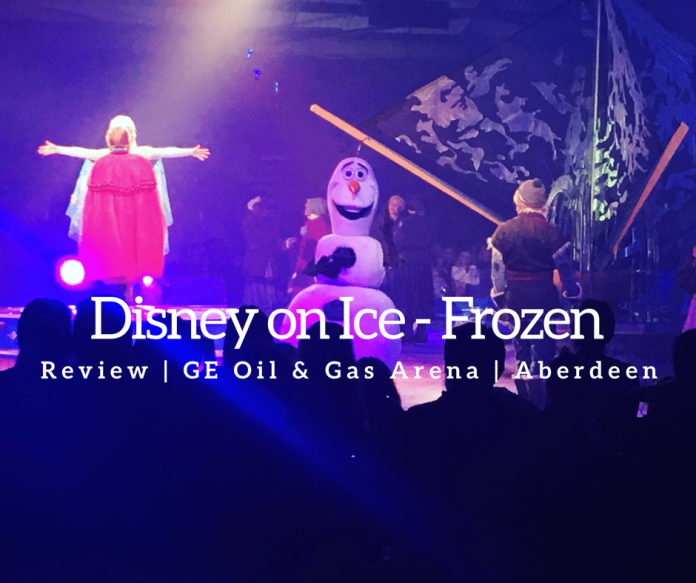 We were fortunate enough to be invited along to the opening night of Disney on Ice presents Frozen at the GE Oil & Gas Arena within the Aberdeen Exhibition and Conference Centre.

Having fond memories of Disney on Ice shows we jumped at the chance to give S his first experience of the Disney magic.

Before the show we got to meet Anna and Elsa, where Daddy and S (plus Igglepiggle) managed to get a photo with them both. Princess Anna told S that he reminded her of her friend Olaf.

During the meet and greet S was also treated to a Disney on Ice goody bag including a programme, colouring book and his very own Olaf, the snowman!

The show started at 6.30pm with a welcome from some Disney favourites including Micky, Minnie and Goofy. Woody was also there – one of S’ current favourites! 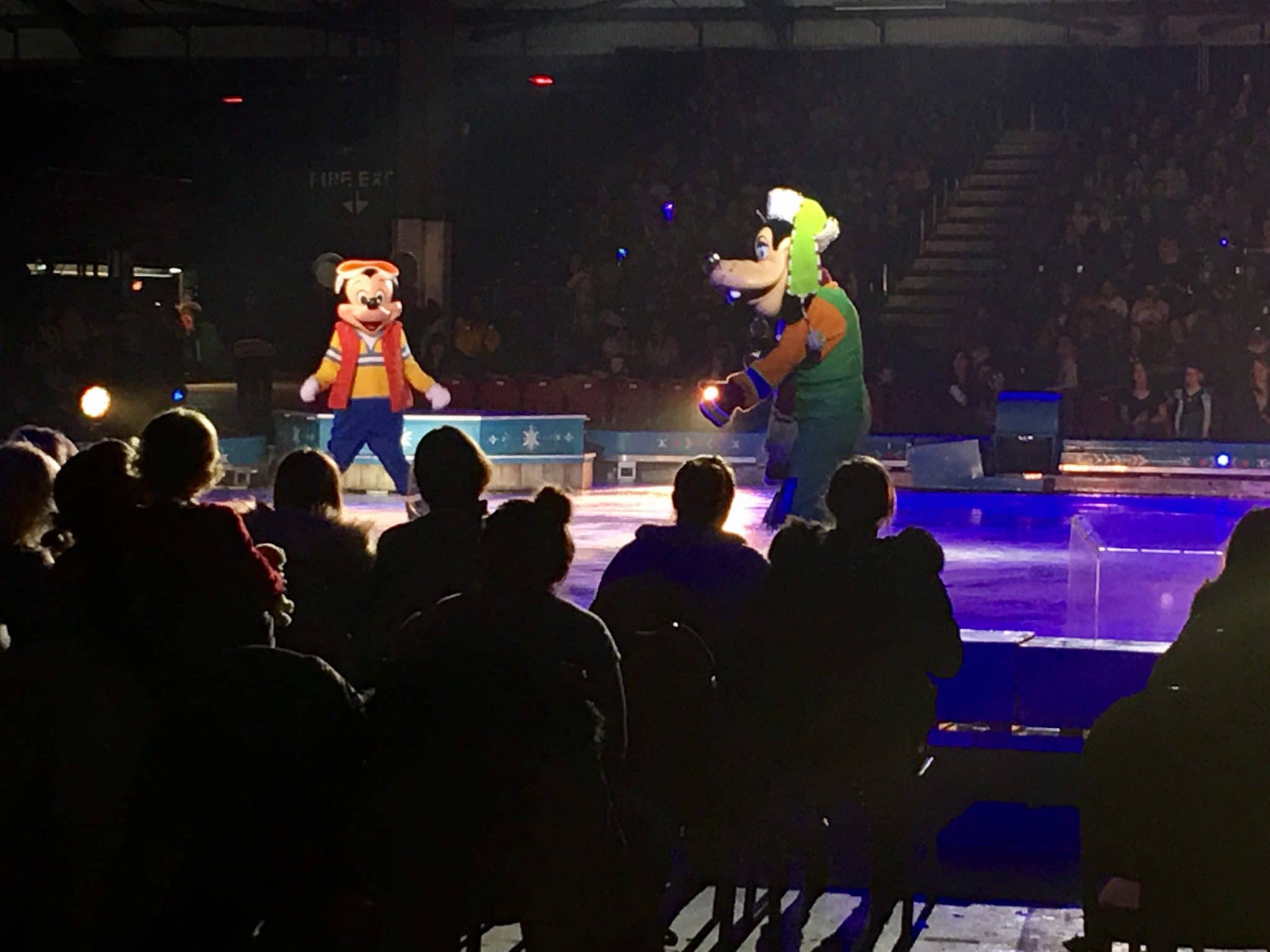 The main event then started to unfold, as someone who had only seen the first 20 minutes of the film prior to this show I was looking forward to finding out all about the Frozen story based in the enchanted kingdom of Arendelle.

The choreographed dancing and audio was very well done. The props, including Kristoff’s sled and a gigantic Snow Monster all added to the magic of the show. Some of the characters had an almost mystical ability to just appear in the middle of the performance which Daddy found incredible. 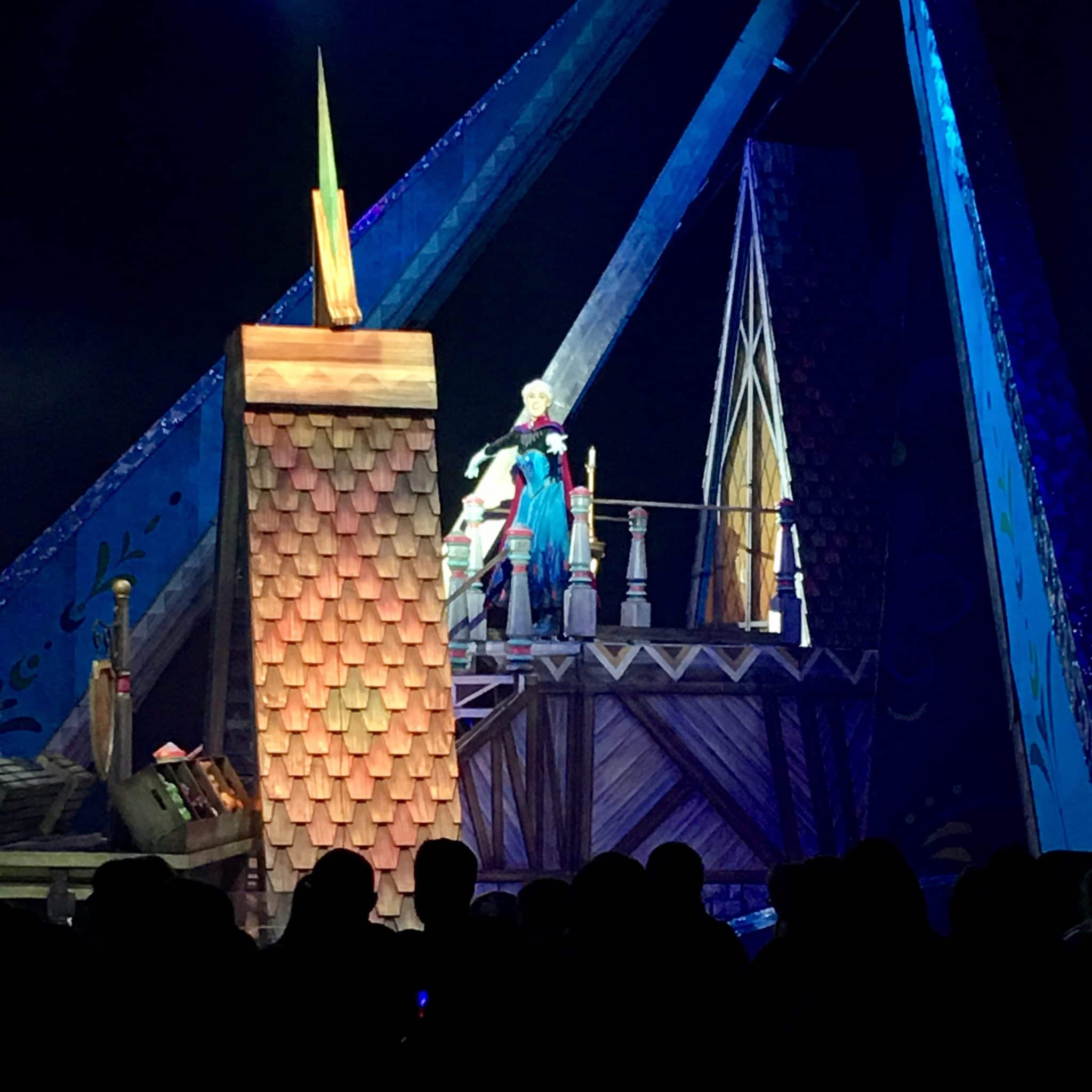 S was mesmerised by all the singing and dancing. His favourite part of the show without a doubt was Olaf’s song dreaming of the chance to experience summer as he was completely trans-fixed with the bright colours, perfectly choreographed dance moves and of course Olaf taking centre stage! 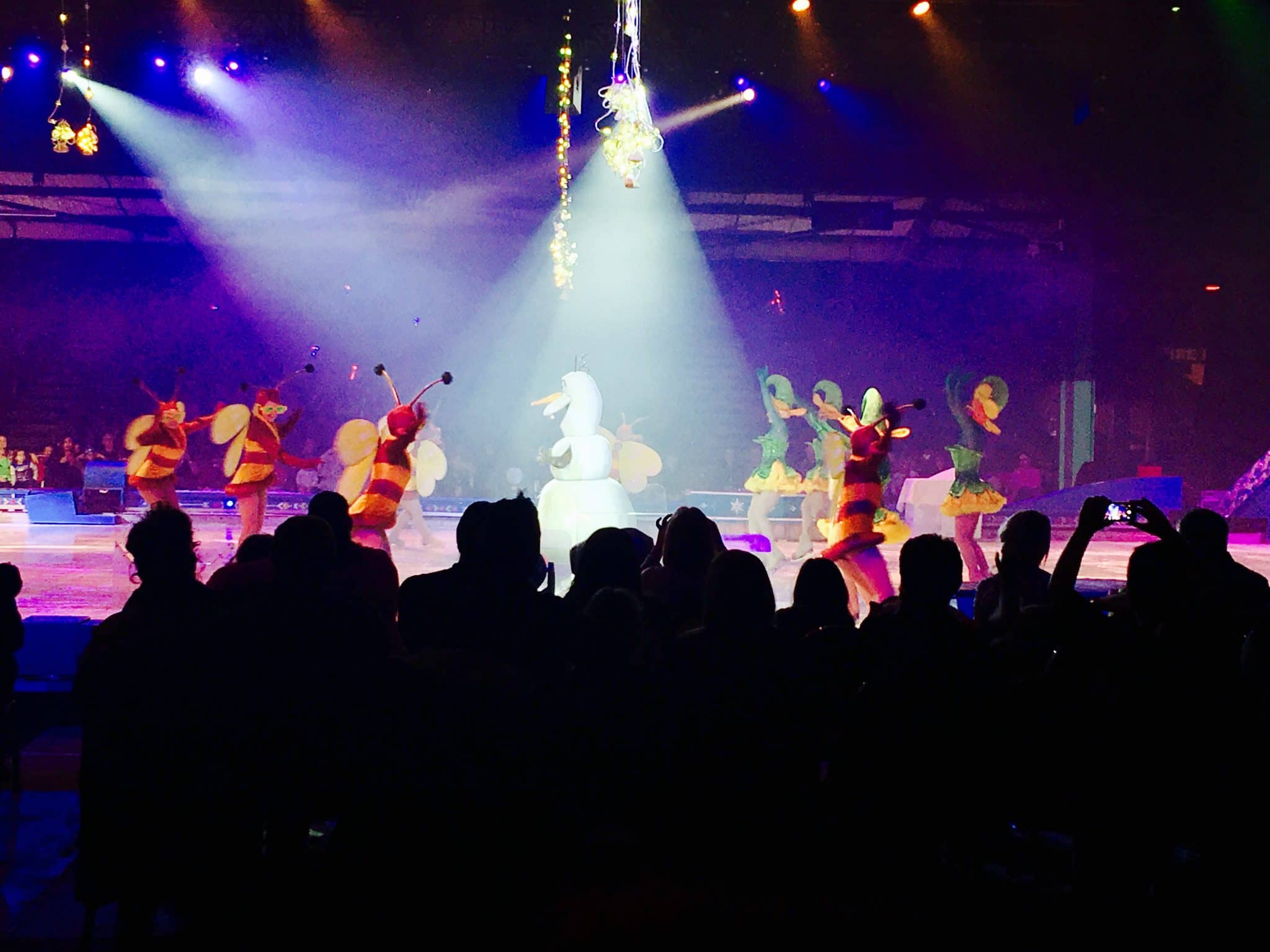 The show was split into two sections of 55 and 45 minutes with a 20 minute interval in the middle – plenty of time to grab something to eat or purchase a souvenir from one of the various stalls in the arena or from one of the numerous vendors walking around. 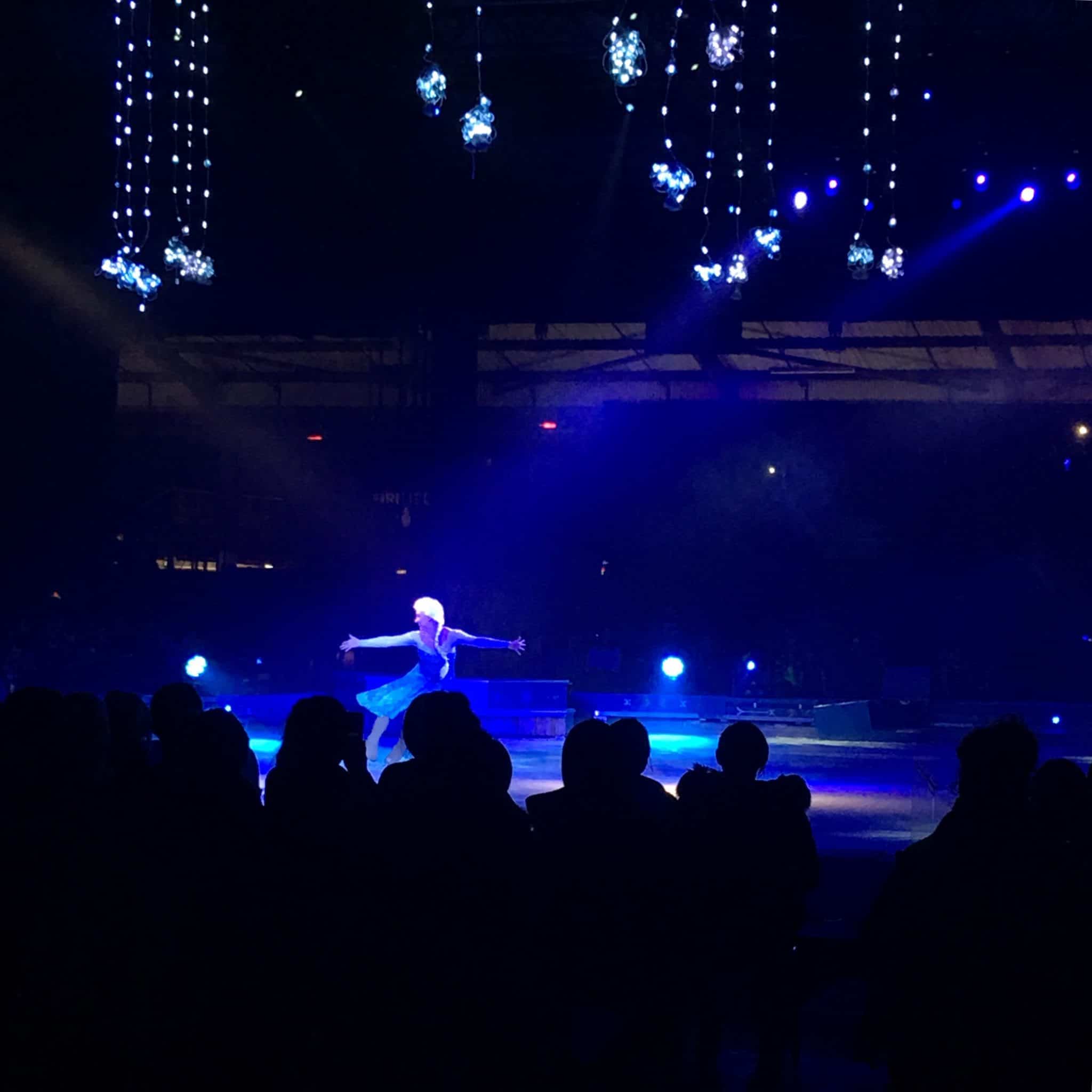 Even Daddy, who claims not to like musicals, couldn’t help but enjoy the show and it’s catchy songs – he may also have sung Let it Go on the way home! 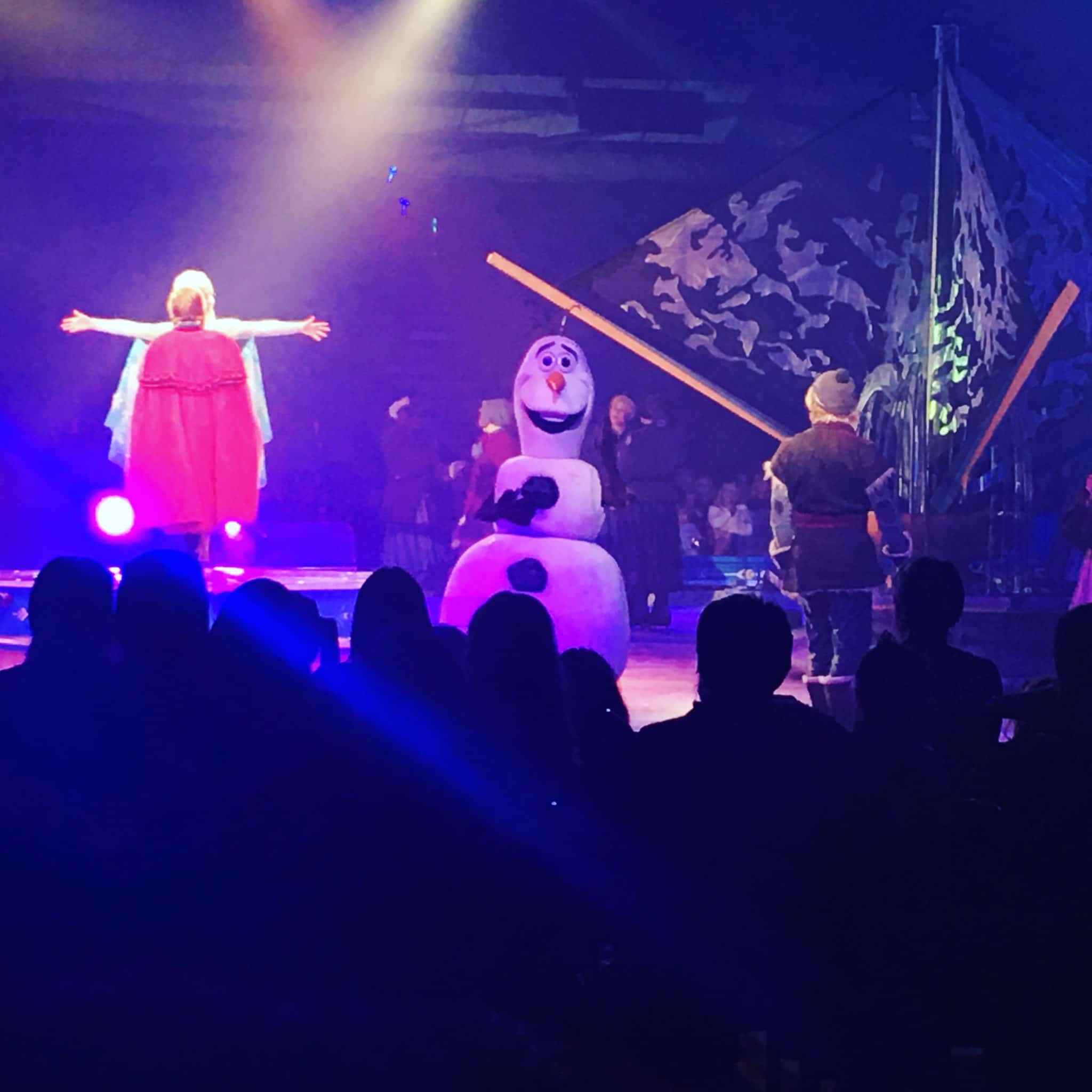 Overall we all loved the show and will be heading back to future Disney on Ice productions for a magical family outing!

The show runs at the GE Oil & Gas Arena, Aberdeen until Sunday 11th December 2016 before moving onto the Sheffield Arena (14th-18th December) and finishing off the tour at The O2, London (21st-30th December)

For more information and to book tickets head on over to www.disneyonice.co.uk

*** Disclosure – we were provided with tickets to this event, however as always all views are my own ***