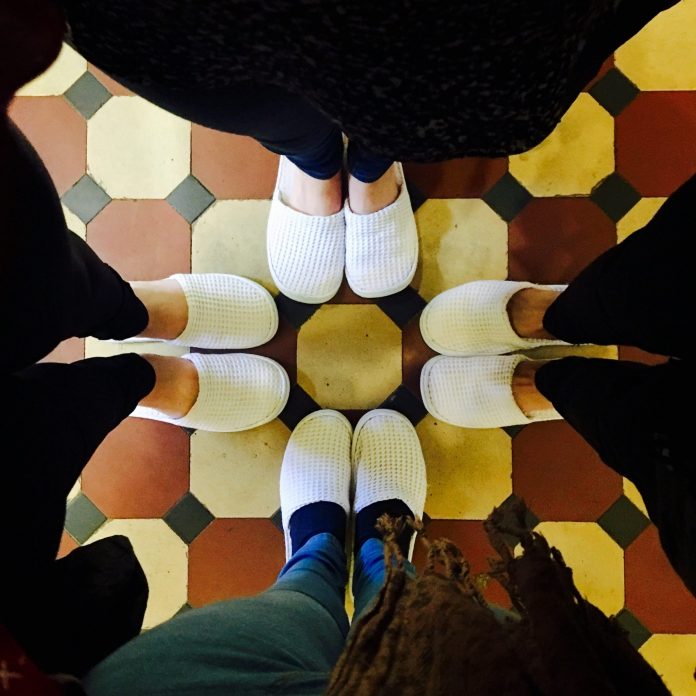 So this weekend Mummy headed off to Edinburgh for a trip to the Fringe Festival whilst Daddy & S headed up the road to visit Granny & Grandad.

My trip started off with a 9am train to catch to Edinburgh. (I am not a fan of trains, I generally prefer to drive everywhere as I get travel sick!) Two and a half hours later I arrived at Haymarket Train Station in Edinburgh. 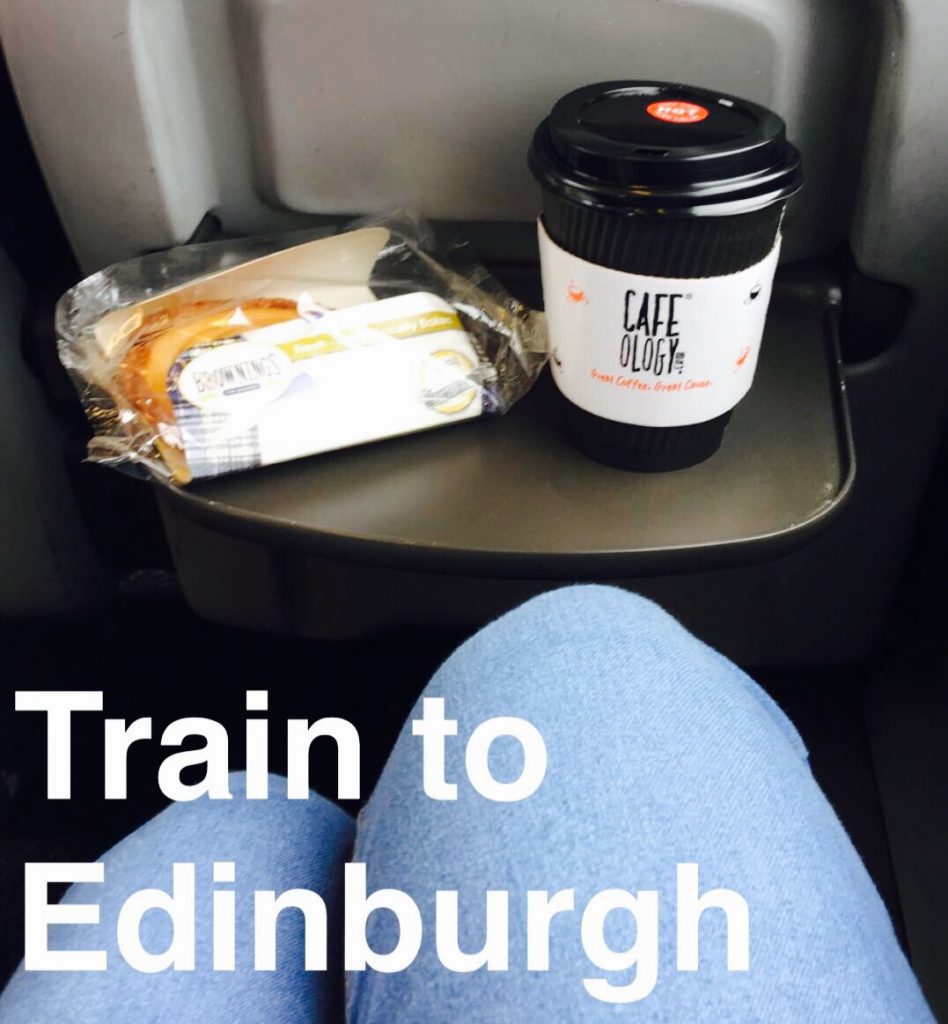 My friends had headed down on the Friday evening, however I had tickets to see Sarah Millican at His Majesties Theatre (who was fab!) so they were already at the hostel we were booked into.

We were staying at the Lighthouse Hostel in Gilmore Place, roughly a 20 minute walk from Haymarket. 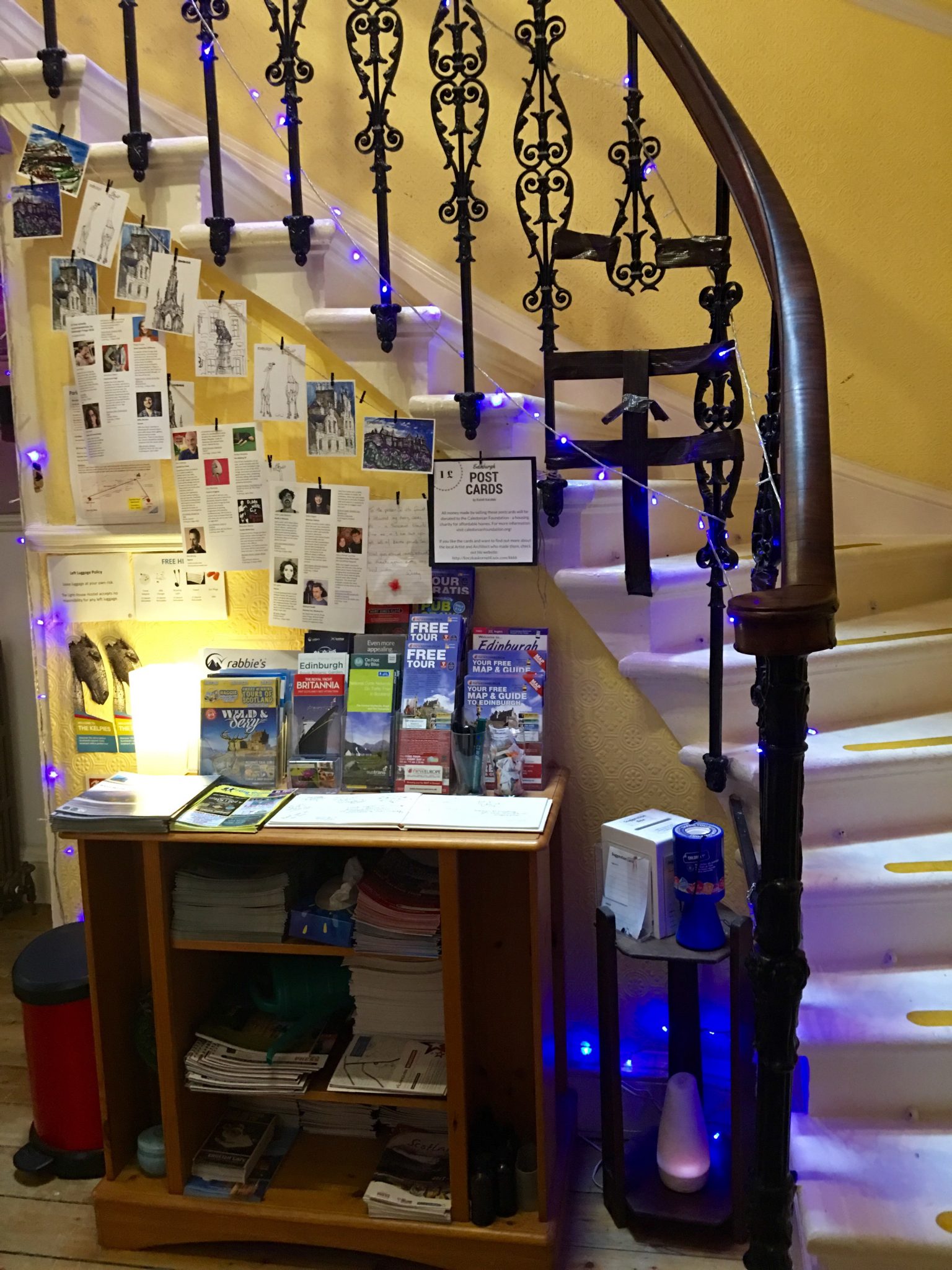 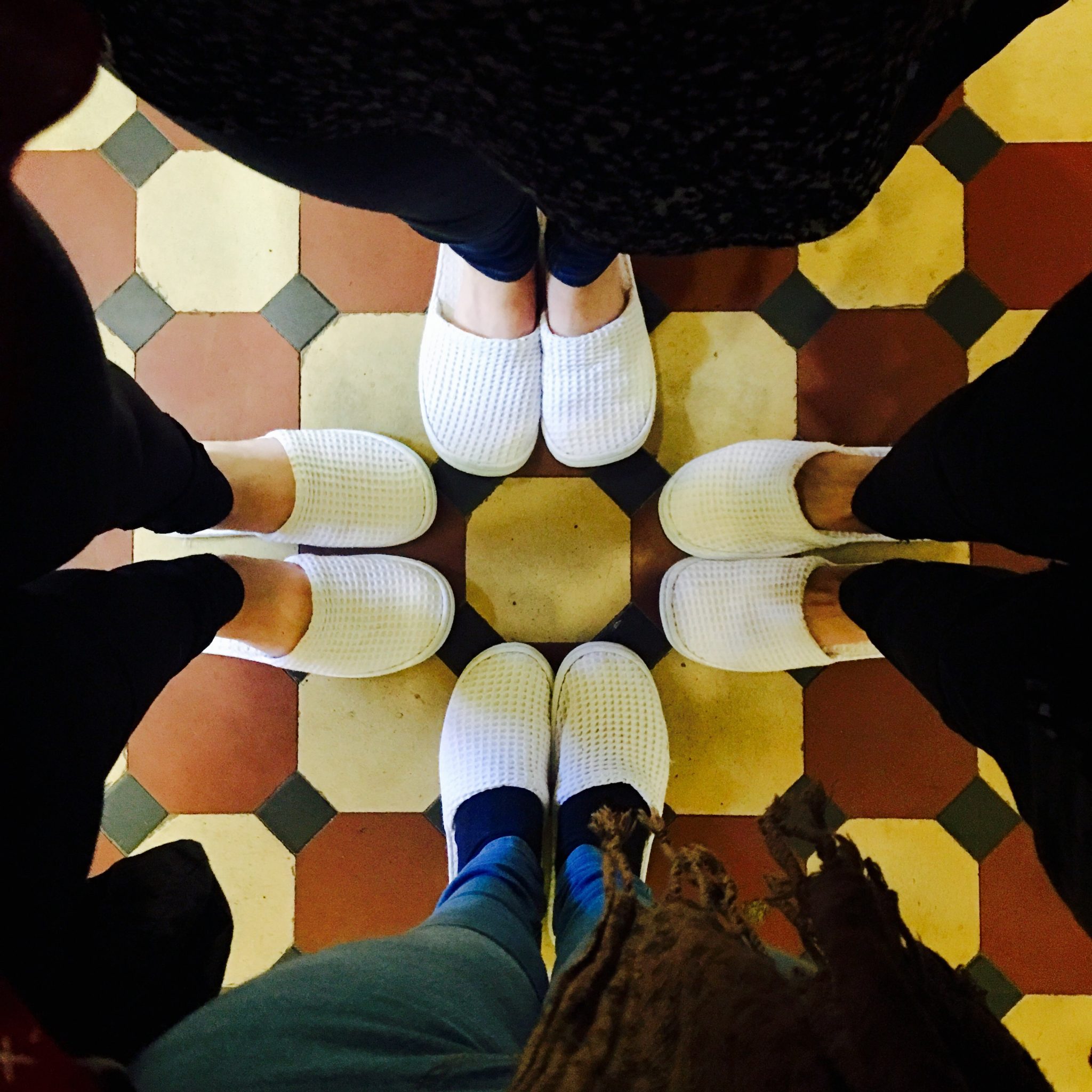 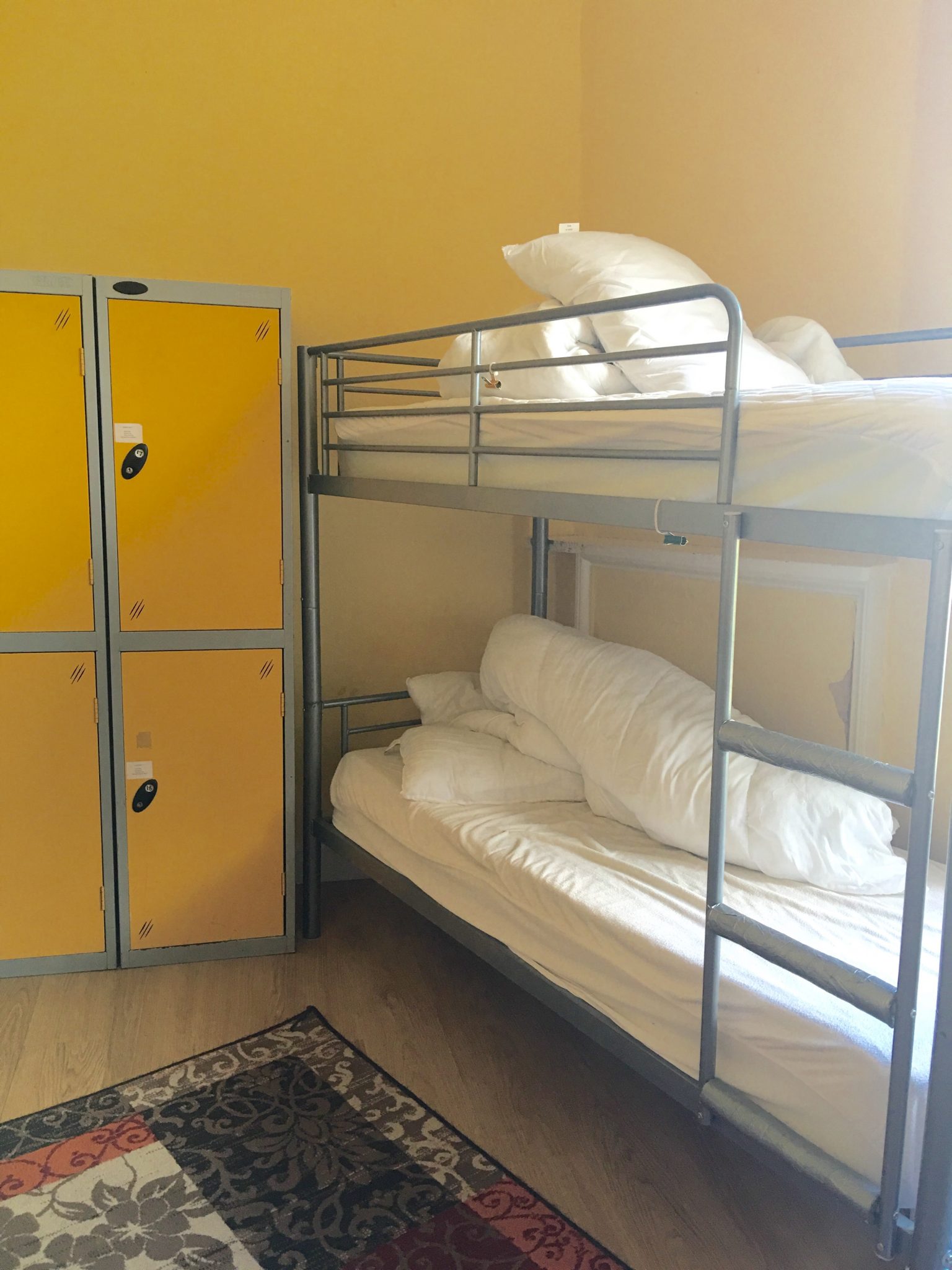 The hostel was a lovely place to stay, only a short walk from the castle and a bargain at £40pp per night during the festival when prices in the city are at their highest. I would definitely stay there again and the staff were friendly and welcoming.

We headed off to go and see our first show of the day, which was part of PHB’s Free Fringe programme

This show was an hour of improvised comedy from Sam and Will. It was a funny show, although completely improvised it flowed well and showed their brilliant memory and acting skills with the story flowing through the hour-long show.

The queue outside alone shows that this is one of the places to eat in Edinburgh. Although don’t be put off by the length of the queue as it moves quickly and the food is worth the wait. 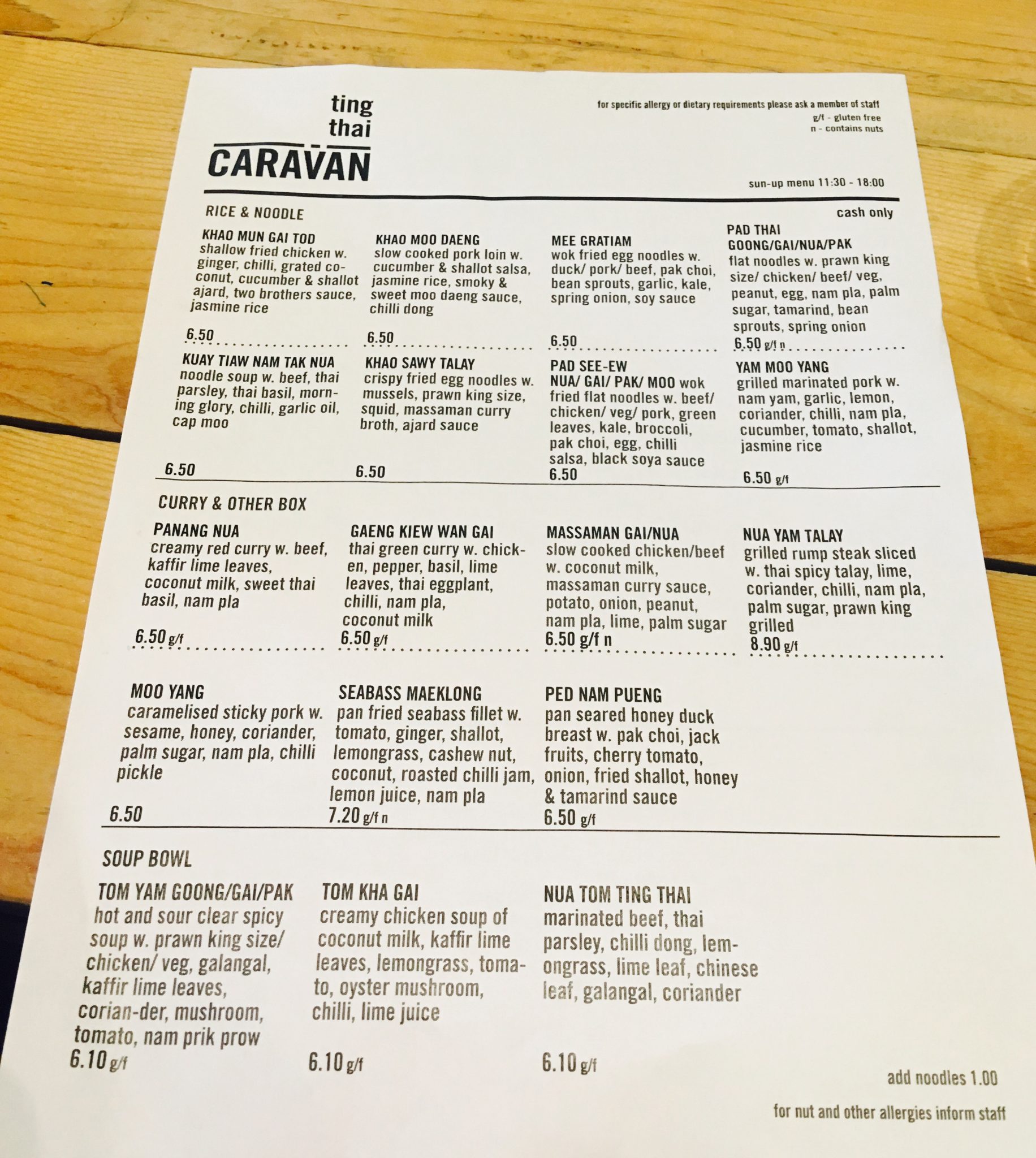 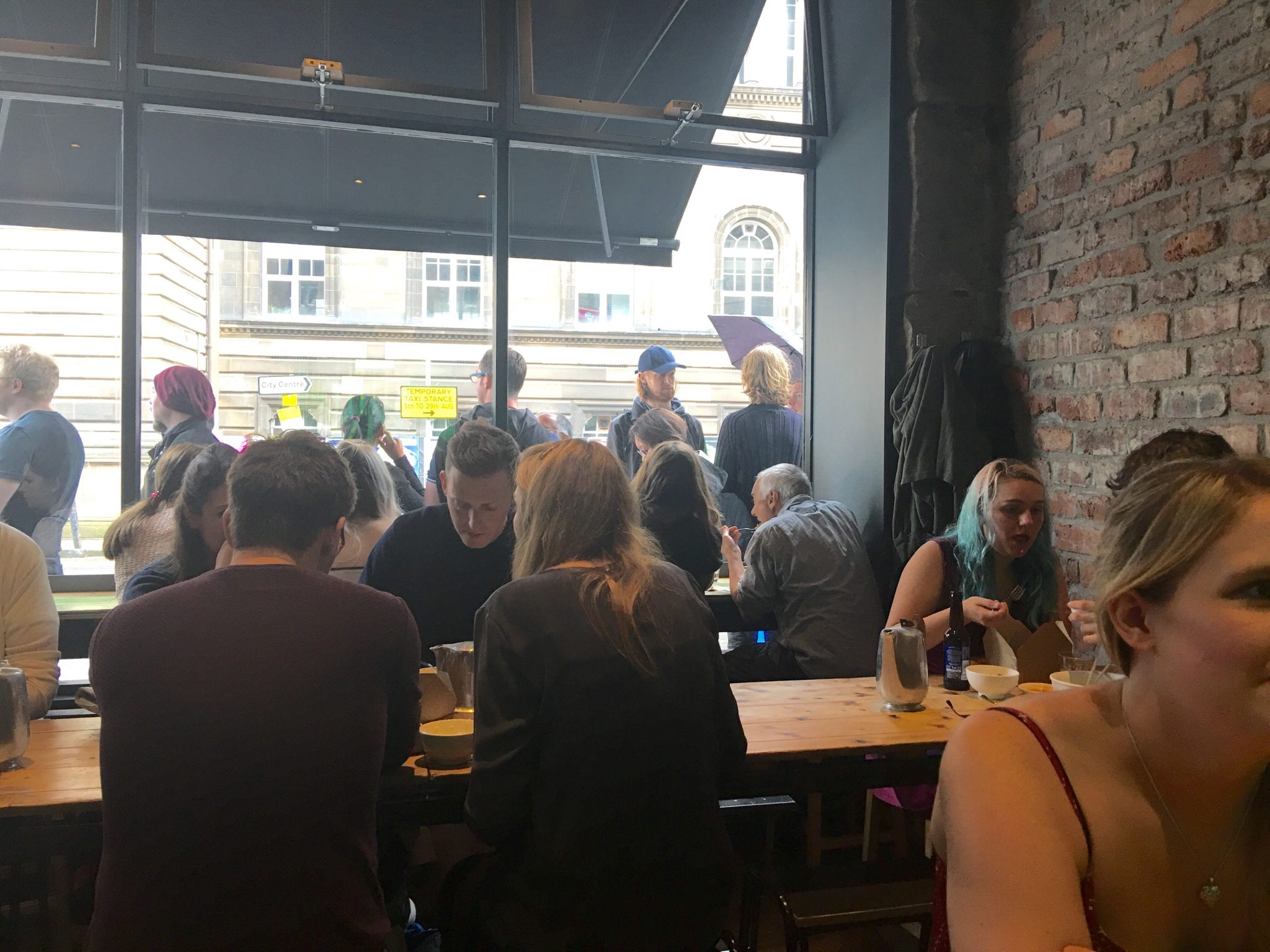 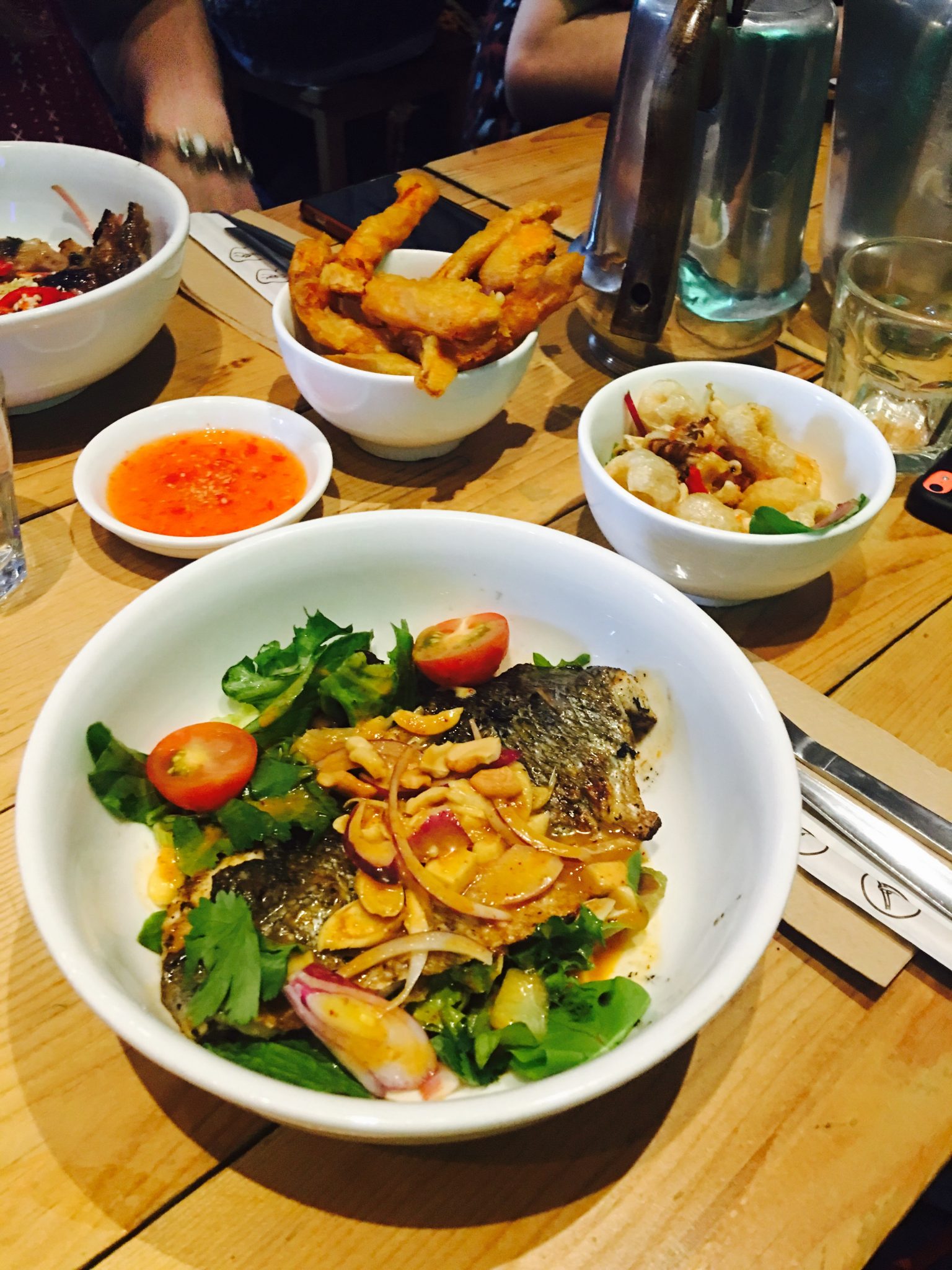 William Bearcroft merges magic and comedy to create a brilliant show. Due to being his first show at the Fringe he was clearly nervous, however he had no need to worry as his tricks amazed the audience and his friendly likeable character shone through. This was our favourite show out of the three we seen during the day and if you have a chance to catch his show before the end of the Fringe I would highly recommend it, you will come away wondering how he managed the wide selection of tricks! 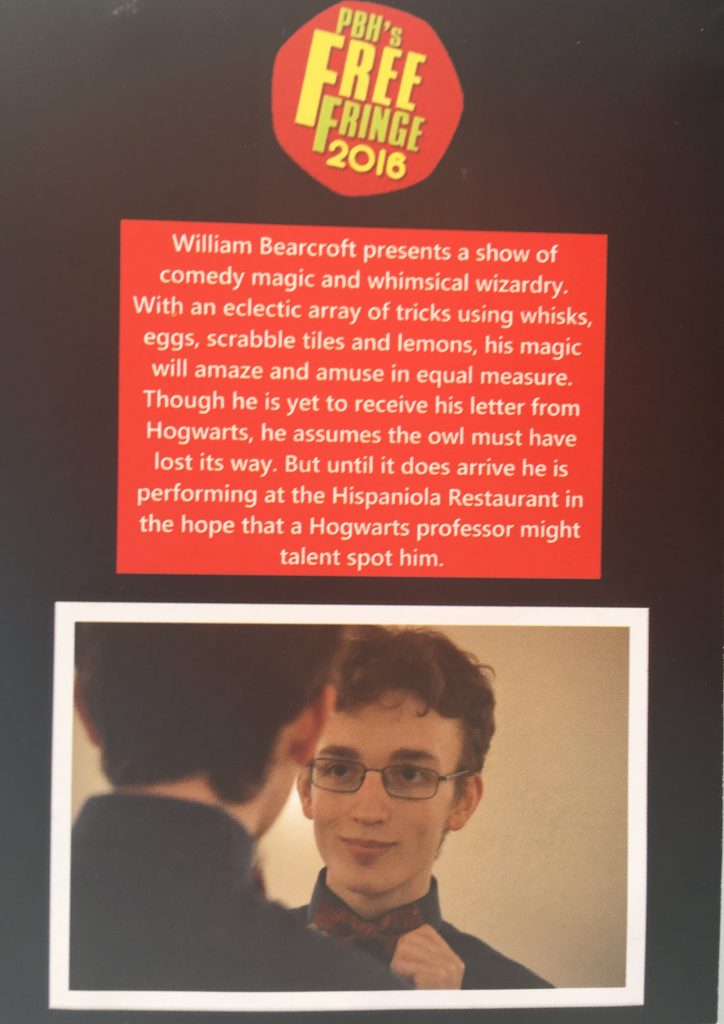 A trans-comedienne’s view on the recent changes in North Carolina’s bathroom law. She was informative as well as funny and as my friend pointed out her make up was amazing!

We then headed to The Three Sisters pub nearby for a quick drink before heading to the Edinburgh Playhouse. 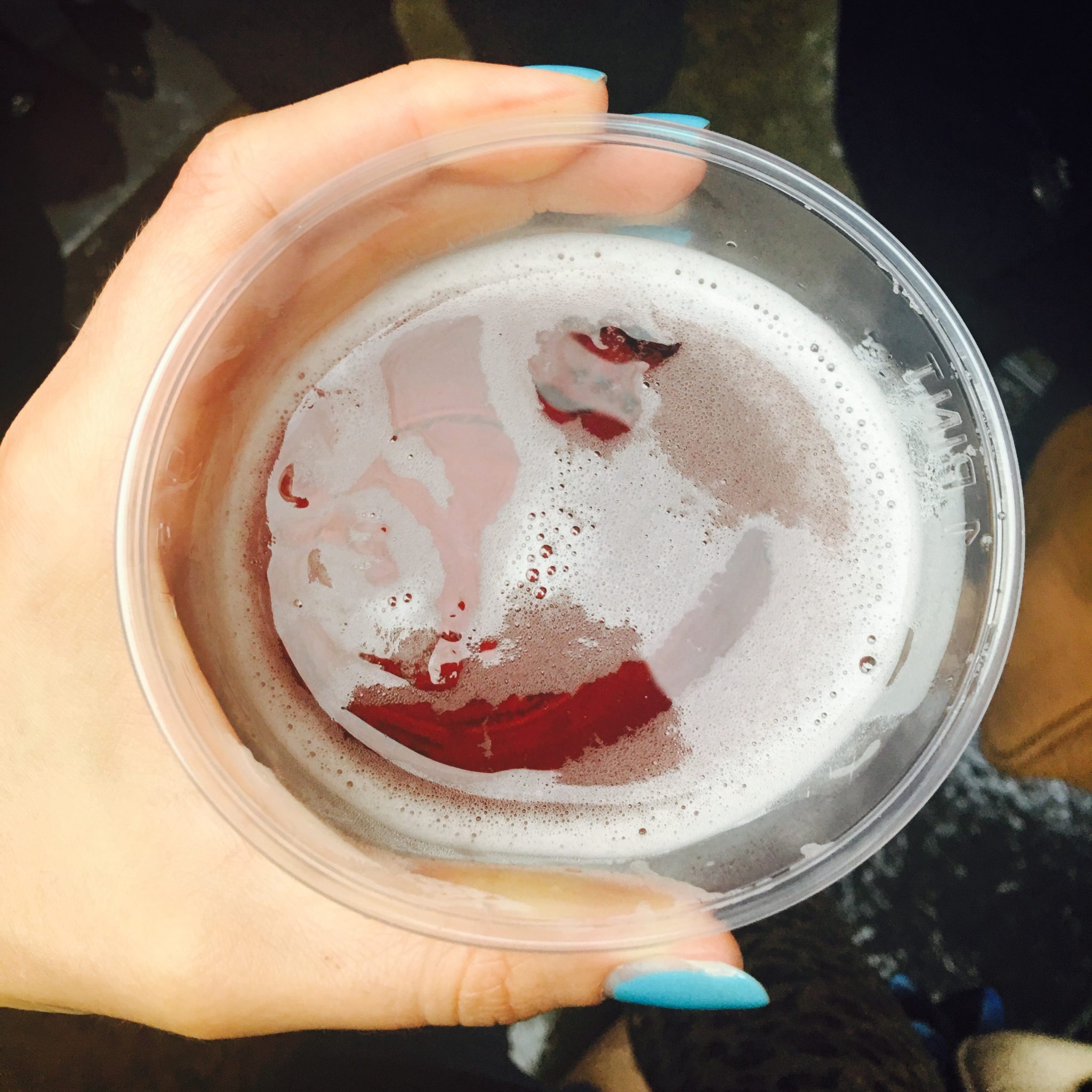 We had bought tickets to see the Waverley Care Comedy Gala at the Playhouse for the Saturday evening as an opportunity to see several comedians in one night. There was around 20 comedians in total and they were all fab, there wasn’t a single one that I didn’t find funny! 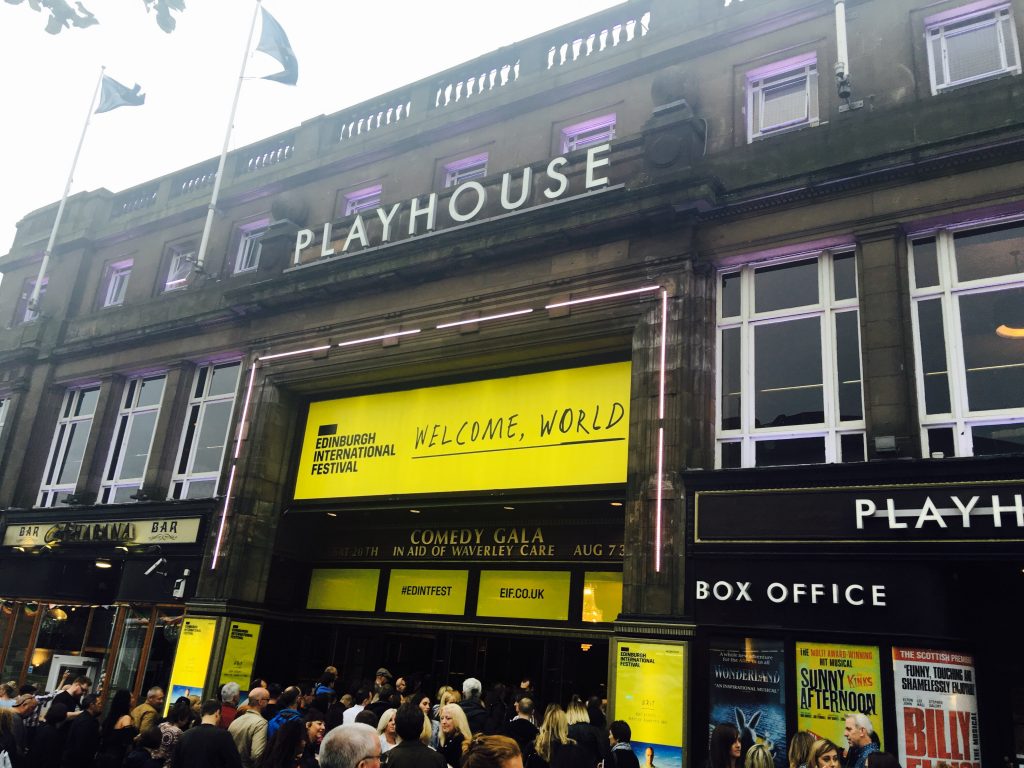 Also despite booking our tickets only a few weeks beforehand we had seats 6 rows from the front! 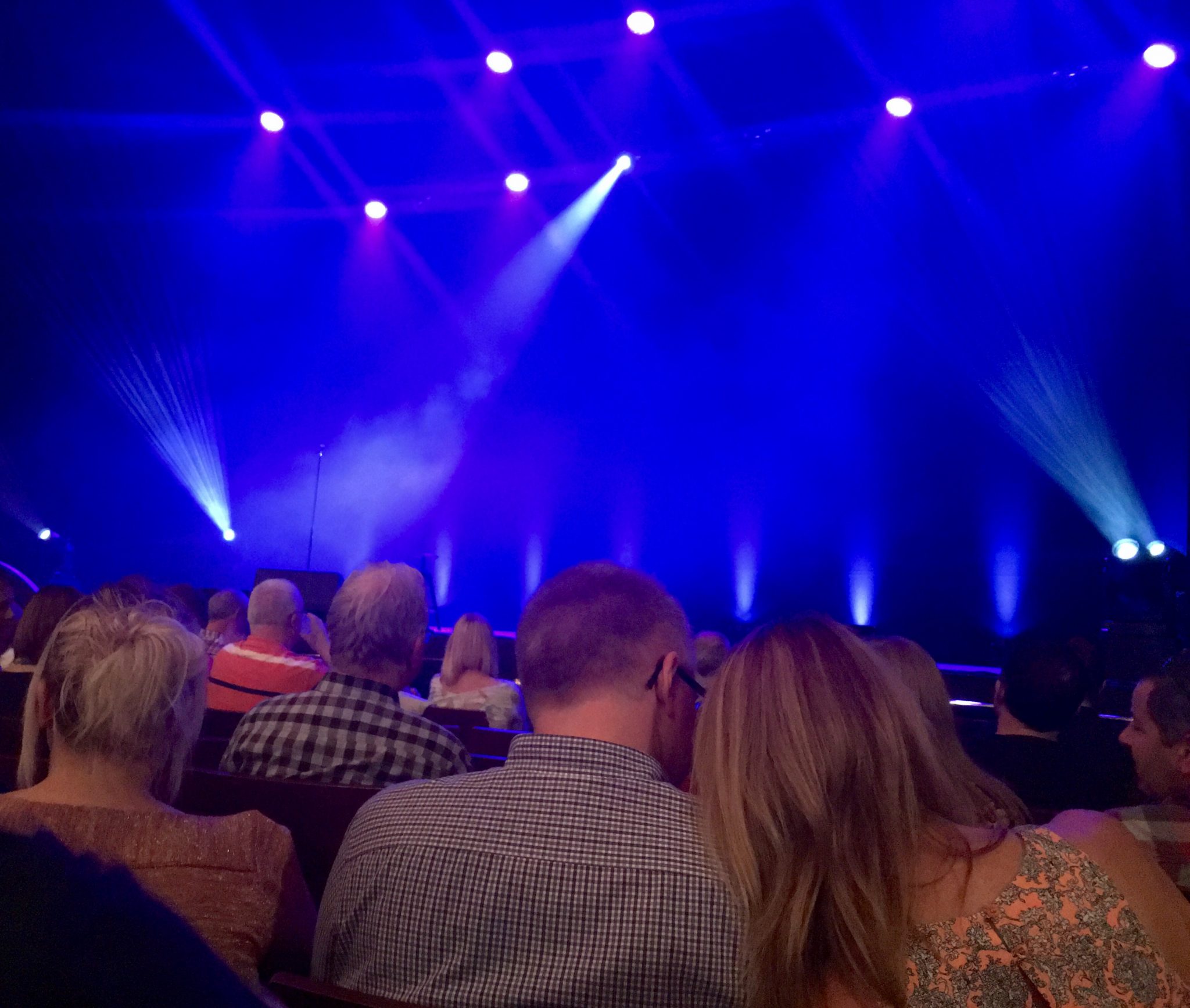 When we collected the tickets we were told that the show was due to finish at 10pm but it was nearer 11pm got out the Playhouse which meant a quick dash across to the hostel to make sure we could get there before 12pm to get our cases which were in the store-room. 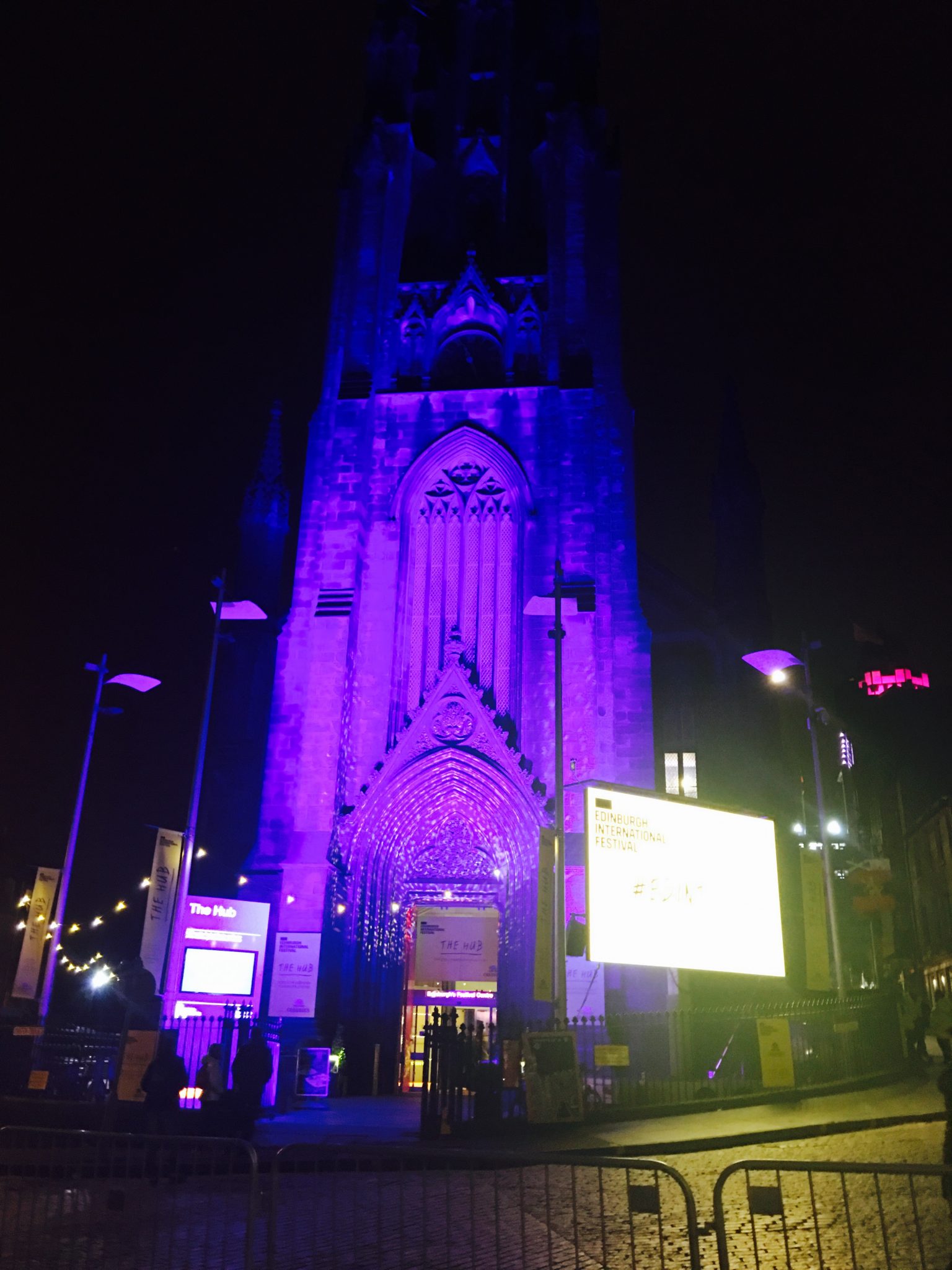 We made it back just in time before then heading back out to find some food to eat. We managed to find a chipper to get something to eat thanks to a friend asking a passerby where she had gotten her chips from! By the time we headed back to the hostel is was around 1.30am so time for bed ahead of a busy day on the Sunday.

So that was my Saturday at the Fringe in Edinburgh, stay tuned for what we got up to on Sunday in Part 2!