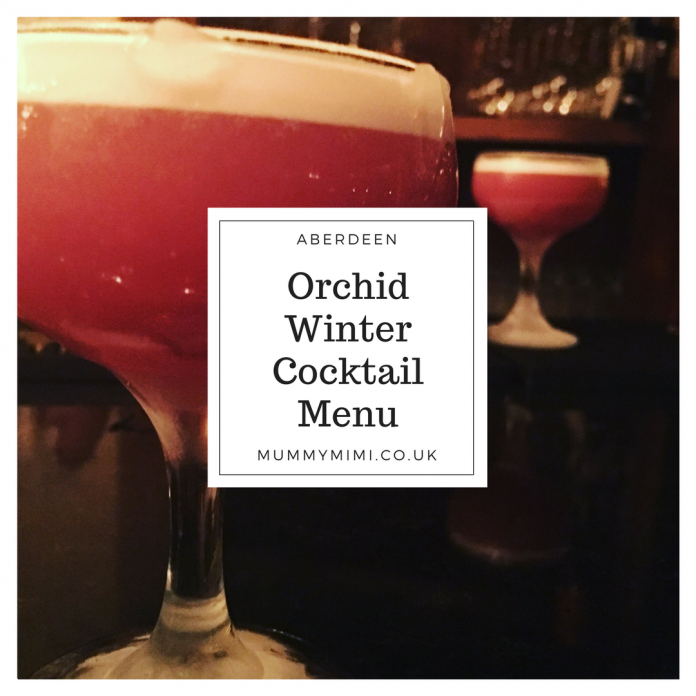 I was recently invited along to Orchid, along with other Aberdeen bloggers and press, to find out more about their new winter cocktail menu and of course to sample some of the new creations!

Located on Langstane Place, right in Aberdeen’s city centre, Orchid has been serving up delicious cocktails since 2009 and is the perfect location for anyone with a love of cocktails.

After the introductions and explanation of the evening events, we were split into three groups and set of to our first station.

To start we were introduced to the concept of the winter menu by Nick. He explained how the 8 cocktails on the menu were each linked to a location within Aberdeen and each time you ordered one of the cocktails you would be given a badge to represent that area of Aberdeen, e.g. Footdee.

The idea was to encourage people to explore Aberdeen and perhaps visit and area they hadn’t been to before and snap a ‘selfie’ with their badge in the location. For collecting all of the badges, a reward of having your name printed on their next menu was up for grabs!

The first cocktail presented was Religious Robbery, the name of which was a nod to the bar in London where Nick gained the inspiration for this drink from – Worship Street Whistling Shop.

The drink is a blend inspired by a mix of a Gin Martini come Pina Colada, and includes Porter’s Gin, which was originally created within the lab in Orchid.

Next up was, Honey Rider, a drink in the style of an Old Fashioned and named after the first ever Bond girl.

Finally Nick presented the Beerlini, which was a twist on the classic Bellini using beer instead of Prosecco.

Out of the three cocktails Nick presented this one has to be my favourite, although not a beer fan, the mix of the beer taste with the grapefruit was a pleasant surprise.

Next up we headed to the bar for a mixology lesson with Matthew. With three willing volunteers in Emma, Georgie and Karen, Matthew took us through the steps to make the Pink Orchid.

The Pink Orchid is Orchid’s signature cocktail and is the only drink to have been on every menu since they first opened. It contains a mixture of Vanilla Vodka, Raspberry Liqueur, Cranberry Juice, Lime Juice, Sugar Syrup and Egg White. 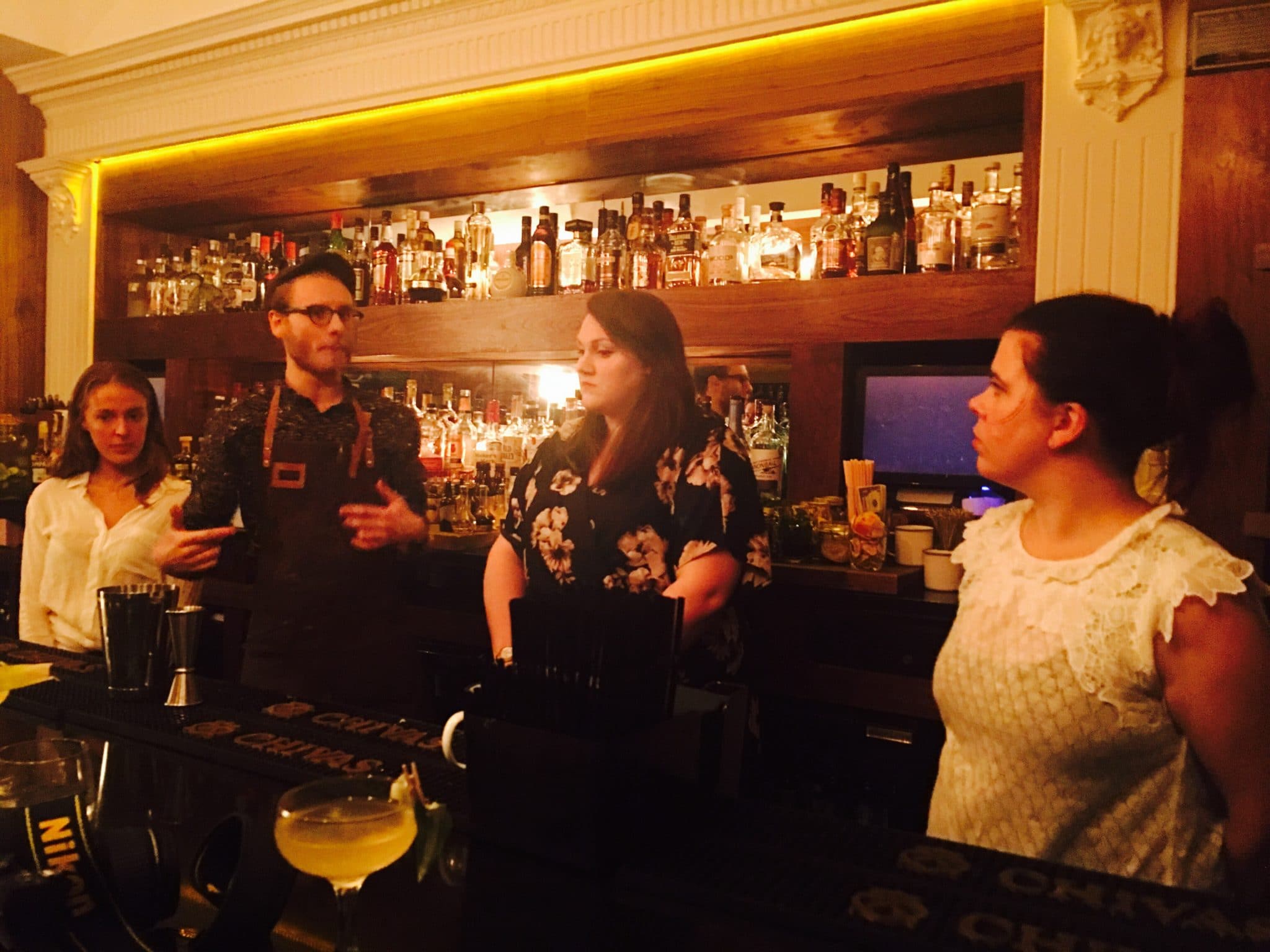 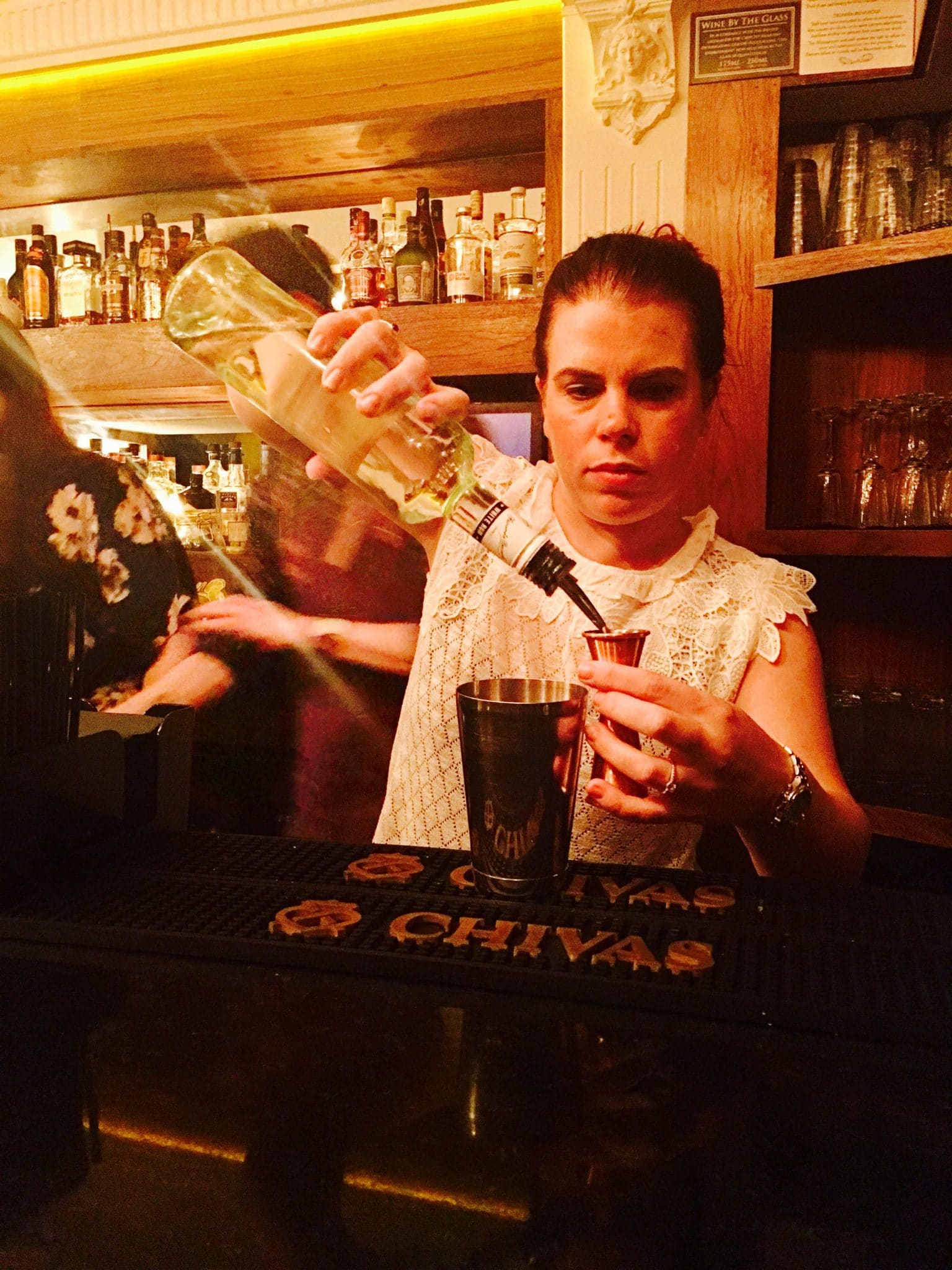 The girls had great fun behind the bar and Karen makes a fab Pink Orchid! I have to say this is definitely one of my favourite cocktails. 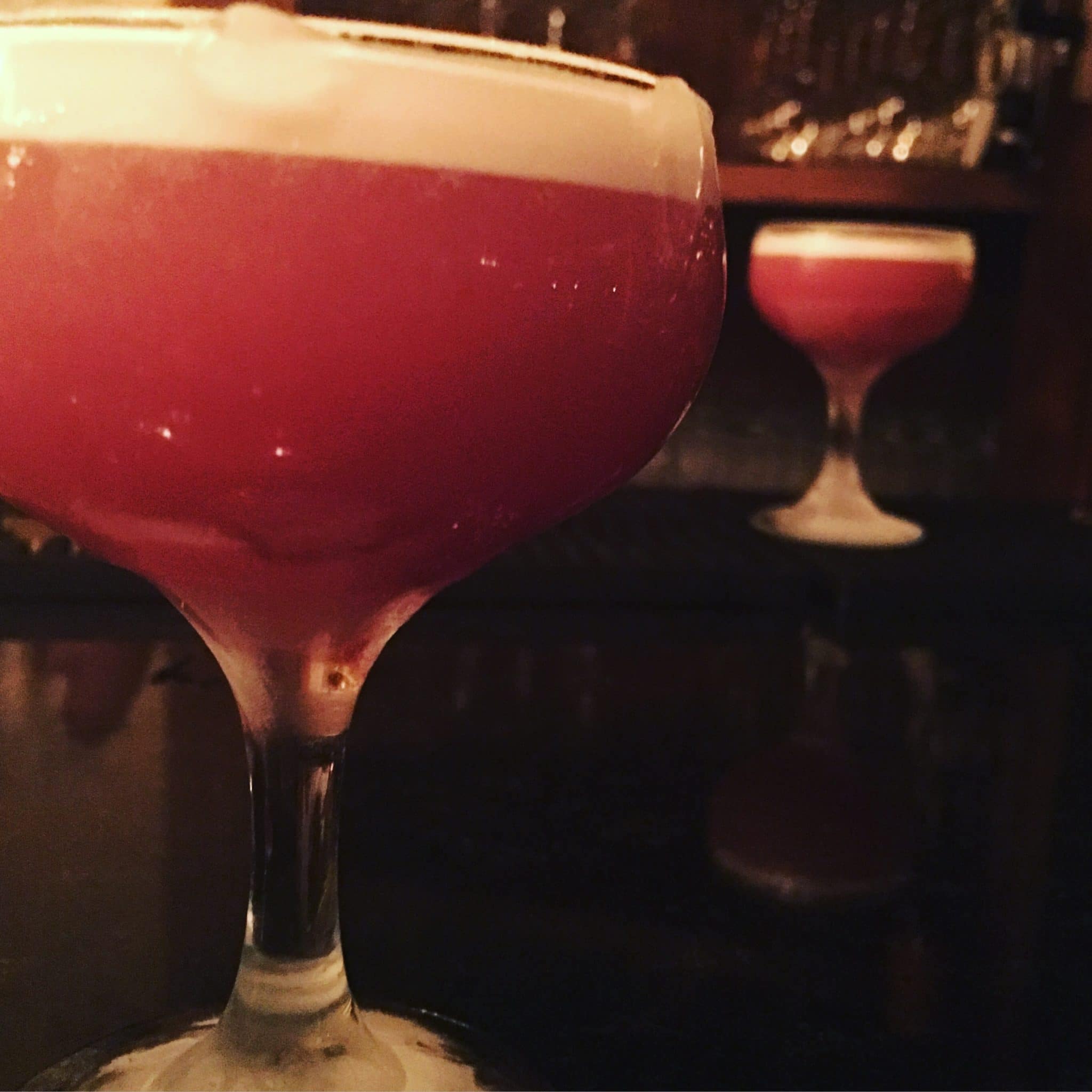 Next up Matthew asked us to come up with an idea for a cocktail, as part of a competition between the three groups.

I mentioned that would usually drink either Peach Schnapps or Malibu when out having a couple of drinks so he came up with a peach and coconut cocktail which had a base of rum and lime juice.

And I have to say it was very nice – plus we won the competition getting a miniature bottle of Porter’s Gin each! 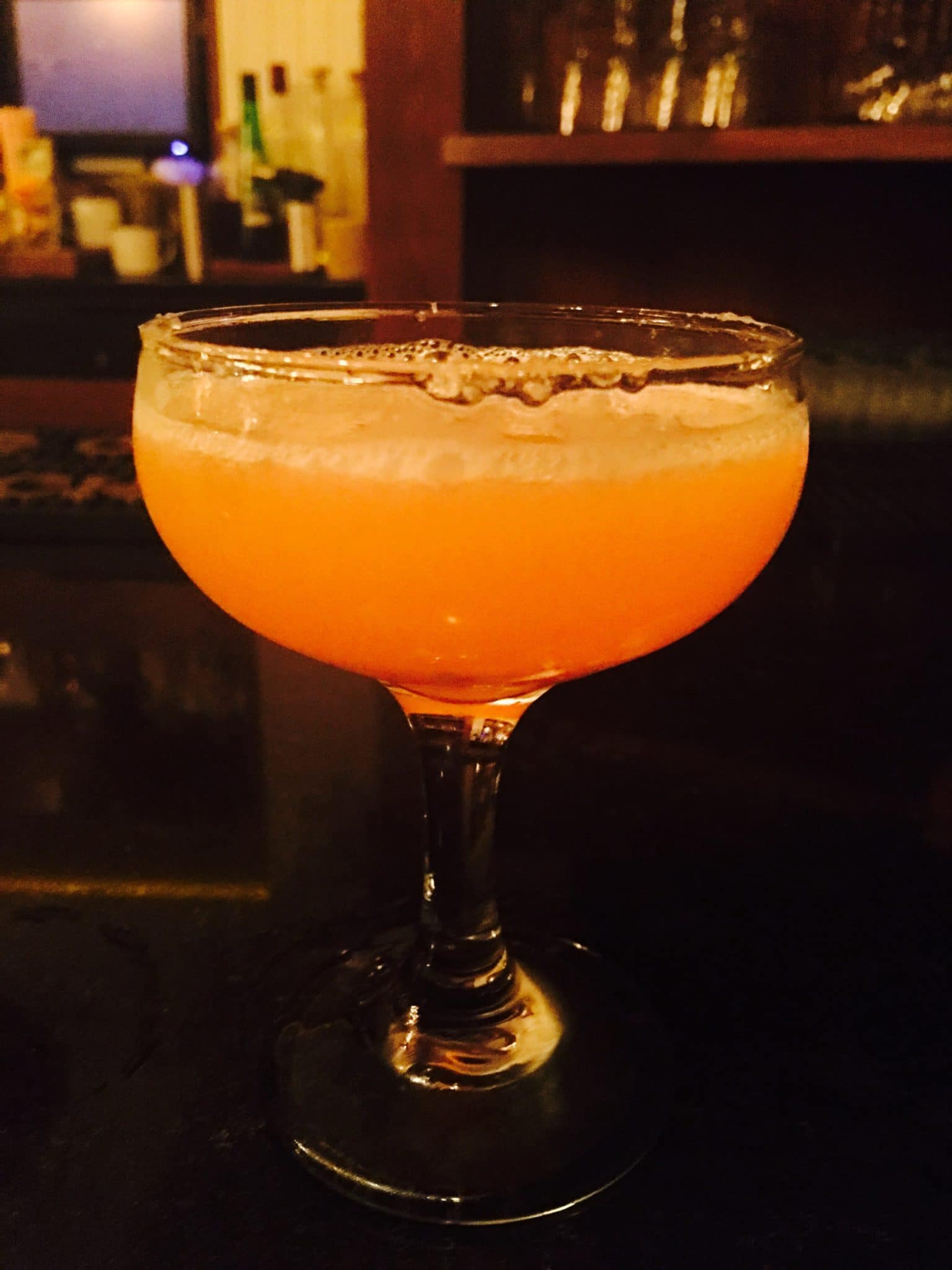 Last up was a gin tasting session where we were taken through the history of Gin and the change in style and creation process over the years. I have to admit, I’m not a huge fan of Gin and this was the first time I had actually tried it neat. 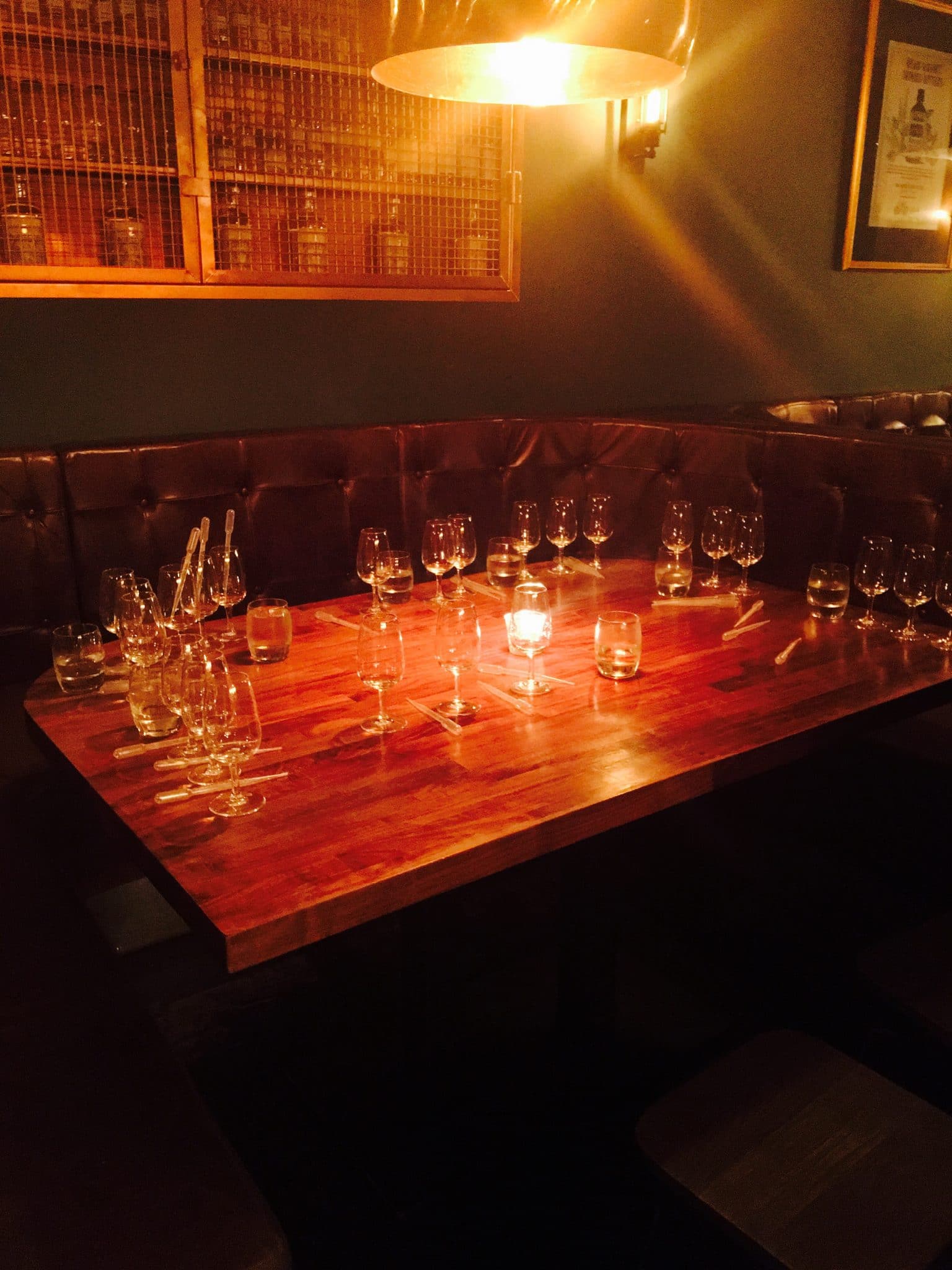 The history of Gin was very interesting including the explanation of how Porter’s Gin came into creation within Orchid itself.

The creators of Porter’s Gin originally set out to combine their passion for food and drink to create a premium gin that they would prefer to drink over those already in the market.

However as someone who has a sweet tooth when it comes to drinks the bitter taste is not for me – however I’m sure with the right mixer it could grow on me! 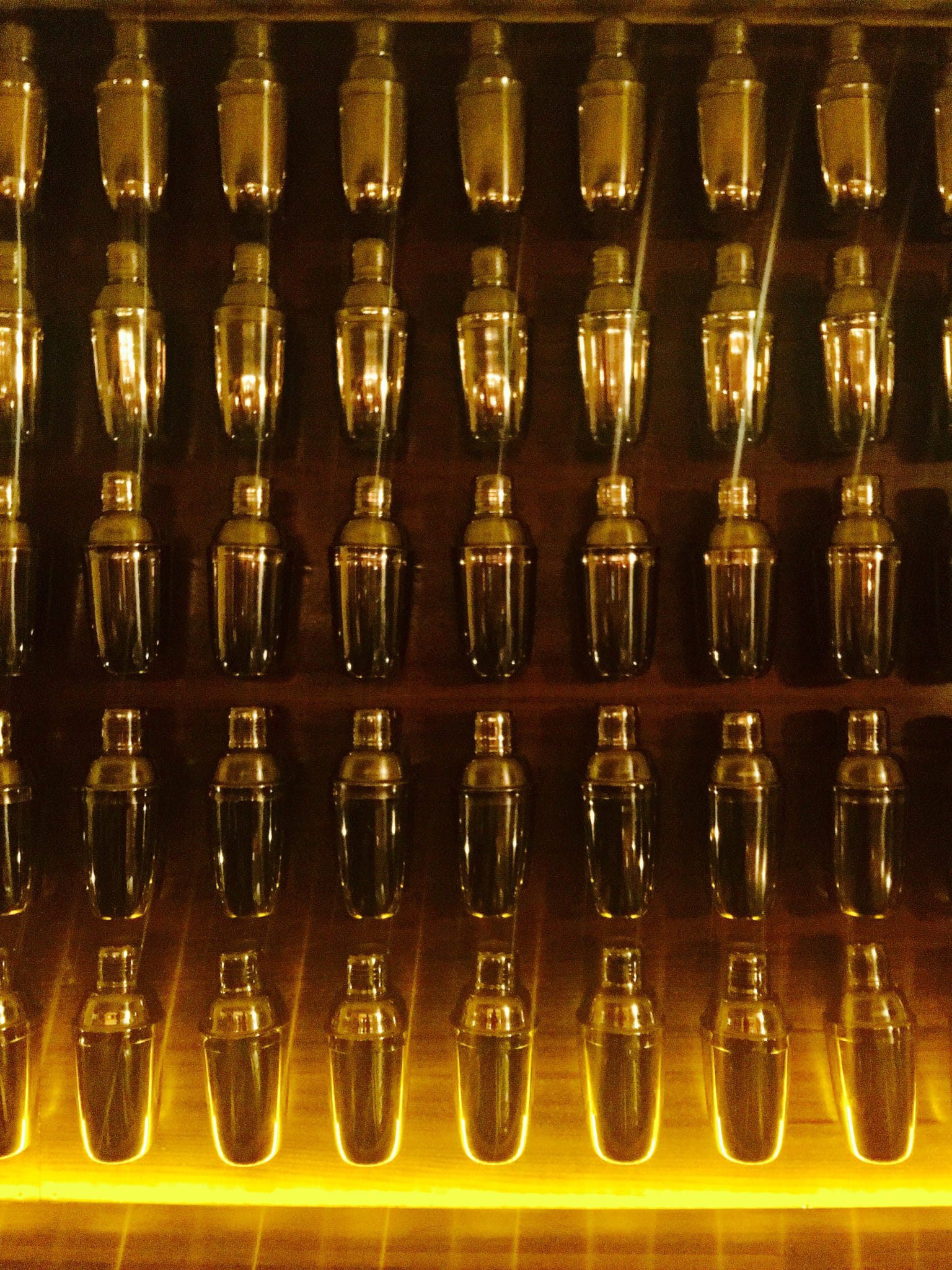 Thank you to Orchid for a lovely evening and the chance to sample the cocktails.

If you fancy checking out Orchid yourself you can find them at 53 Langstane Place, Aberdeen, AB11 6DJ, or check them out on their social media pages – Facebook and Instagram.

If you pay them a visit be sure to try out the Pink Orchid!